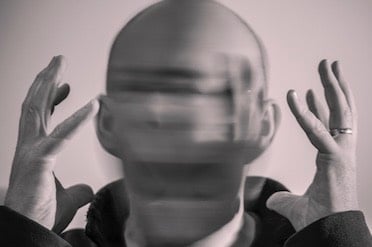 If you are considering ketamine infusions for bipolar depression, you should know that according to a study published in the journal Expert Opinion on Drug Safety, ketamine is generally well tolerated and safe when administered mainly as an acute treatment (Rodrigues NB, McIntyre RS, Lipsitz O, et al. Safety and tolerability of IV ketamine in adults with major depressive or bipolar disorder: results from the Canadian rapid treatment center of excellence. Expert Opin Drug Saf. doi: 10.1080/14740338.2020.1776699), but before you talk to your doctor about it, here are 5 things you should know.

Writing in the September 2015 edition of The Lancet, Tony Kirby’s “Ketamine for Depression: the highs and lows” best articulates the pros and cons of off-label ketamine therapy to treat depression. After speaking with ketamine pioneers like Dr David Feifel, a psychiatrist at the University of California, San Diego and one of the first clinicians to use ketamine off-label as well as Dominic Sisti, an assistant professor in the Department of Medical Ethics and Health Policy at the Perelman School of Medicine, University of Pennsylvania, Kirby sums up the key ethical dilemma facing both patients and practitioners as  “balancing between prescribing ketamine off-label to patients with depression against making all patients wait until ketamine or a derivative is licensed for depression”. If you have only recently started to consider ketamine as means to manage manic depression, it is  important to understand and explore:

Bipolar disorder, formerly called manic depression, is a mental health condition that causes extreme mood swings that include emotional highs (mania or hypomania) and lows (depression). Symptoms can include an extremely elevated mood called mania as well as episodes of depression. People with bipolar disorder may have trouble managing everyday life tasks at school or work, or maintaining relationships. There’s no cure, but there are many treatment options, including using ketamine infusions to manage bipolar depression.

1. History of Ketamine for Depression

During the 1950’s and 60s, ketamine and a number of related drugs were created in the search for a drug with both anesthetic and analgesic effects. First administered to humans in 1964, patients described their ketamine experience as a “feeling of floating in outer space and having no feelings in the limbs” and based on this, ketamine became known as a ‘dissociative anaesthetic, characterized as the “electrophysiological and functional dissociation between thalamocortical and limbic systems. Currently used in clinical and emergency settings as an anesthetic during short procedures, ketamine is utilized in the treatment of numerous forms of chronic pain (postoperative, neuropathic and cancer). Additionally, there has been research into using ketamine in the management of bipolar depression, major depressive disorder (MDD) and treatment resistant depression.

The Effectiveness of Ketamine in Managing Depressive Disorders

Ketamine has been studied for major depressive disorder and bipolar depression. It has:

In various studies, ketamine has been found to:

Suicide accounts for 15–20% of the deaths of those suffering from bipolar depression; the risk of a suicidal act in biploar patients with mixed or psychotic symptoms is one of the highest of all psychiatric disorders.  While there are no approved pharmacological interventions for suicidality in bipolar disorder, two  studies found that a single intravenous ketamine infusion significantly reduced suicidal ideation in subjects with treatment-resistant depression.  A single dose of ketamine was found that it rapidly reduce suicidal thoughts within 1 day.  The rapid anti-suicidal effect of ketamine is in contrast to the delayed onset of currently available pharmacological treatment; a recent intravenous ketamine trial in depressed patients of six doses of 0.5 mg/kg given three times a week reported a significant reduction in suicidal ideation 24 hours after the first infusion in 57% of patients and in 65% after the sixth infusion.

The anti-suicidal mechanism of ketamine remains unknown and could be attributed to:

Before diving into how ketamine mediates depression, it is important to understand a little bit of the nervous system structure and how it functions. For our purposes, we are going to limit ourselves to some basic neurological/brain structures, functions and mechanisms so that we get a better understanding of how ketamine works in the human body. At a high level, the human nervous system contains two types of cells: neurons and glial cells. While important, right now all you need to know about glial cells is that they:

The fundamental building block of the human nervous system is a neuron, a specialized cell that transmits electrical nerve impulses in responses to neurotransmitters. Neurons have three basic components, the dendrite, the soma and the axons. With the naked eye, you see the nervous system as bundles of nerve fibers, the axon portions of neurons, that spread out from the brain/spinal cord and connect to every part of the body. Neurons transmit/propagate nerve impulses by changing their membrane potential, which is the difference in electric potential between the interior and the exterior of the cell.

The Synapse: Where All The Action Is

Neurons communicate with other cells via a synapse, a cellular membrane to cellular membrane junction that facilitates the transmission of electrical or chemical signals to another neuron or the target cell. At a synapse, the presynaptic neuron comes into close approximation with the postsynaptic cell. The postsynaptic cell membrane contains an extensive array of receptors, protein based cellular structures, that initiate the signaling process. Receptors attach to chemical messengers, like hormones and neurotransmitters, in order to either:

Which change the electrical potential of a nerve cell for the purpose of coordinating a biological action. While different types of receptors are found in most cells, each receptor will only bind with specific chemicals, much like how a lock only works with specific keys.

Glutamate, the most abundant excitatory neurotransmitter in the brain, is a powerful neurotransmitter responsible for sending signals between nerve cells, and at normal levels, plays an important role in learning and memory.

The Role of Glutamate in the Brain

Glutamate plays a large role in learning, and memory via a mechanism known as synaptic plasticity, a cellular process that results in lasting changes in the efficacy of neurotransmission. Neuroplasticity is a way for the brain to fine-tune itself for efficiency and happens continually throughout a person’s life as your brain develops with exposure to new data and experiences. It involves altering neural synapses and pathways, neurons, vascular cells, and glial cells. Another part of this process is synaptic pruning, which is the brain’s way of deleting the neural connections that are no longer necessary or useful and strengthening the necessary ones. The human brain decides which connections to prune based on each individuals’ life experiences and how recently connections have been used; neurons that grow weak from underuse die off through the process of apoptosis.

From a more clinical point of view, neuroplasticity, refers to variability in the strength of a signal transmitted through a synapse as a result of:

Neural plasticity, a fundamental mechanism of neuronal adaptation, is thought to be disrupted in those who suffer with depression. The changes in neural plasticity induced by stress and other negative stimuli play a significant role in the onset and development of depression. Antidepressant treatments have also been found to exert their antidepressant effects through regulatory effects on neural plasticity. However, while the detailed mechanisms of neuroplasticity in depression still remain unclear, there is general consensus in the role of glutamate in the process.

Glutamate is abundant in the nervous system and is the:

As a result, glutamate activated cells become overactive, which leads to cell damage and/or death. While not simple to interpret, evidence from a range of studies demonstrate the role of the glutamatergic system in major depressive disorders, including bipolar depression and treatment resistant depression. Nuclear resonance studies in those with mood disorders demonstrate altered glutamate level in various regions of the brain; elevated in the occipital cortex and decreased in the anterior cingulate cortex appear to be the most consistent findings in nuclear magnetic resonance spectroscopy. Studies of postmortem tissue from brains of psychiatric patients noted that patients with depression had abnormally high expression levels of many genes that regulate the glutamate system. As research linked mood disorders with the impaired neuroplasticity in various regions of the central nervous system, medical professionals hypothesized that medications capable of increasing resilience to glutamate and modulating its role in neuroplasticity, are promising therapeutics in the treatment of mood disorders.

Is the Glutamate Receptor the Key To Managing Depression?

Ketamine is believed to exert its antidepressant properties through N-methyl-D-aspartate receptor (the NMDA receptor) antagonism. A receptor antagonist is a chemical that unlike an agonist, dampens a biological response by binding to a specific receptor.

I've battled depression for most of my adult life, so I speak with the voice and experience of someone who understands the fight.