Home » FAQs » Yagé vs Ayahuasca – Unique in Spirit and Science 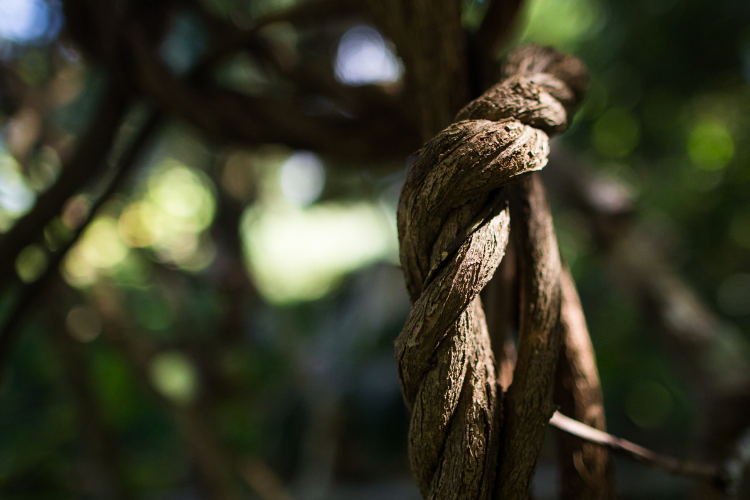 Yagé vs Ayahuasca – Unique in Spirit and Science

Understanding the subtle differences between different plant mixtures isn’t a skill many Westerners develop. Tribes throughout the Amazon possess an uncanny ability to identify plants that academics don’t even have names for. Noticing different effects between Yagé vs ayahuasca is likely only possible for shamans and plant medicine connoisseurs.

From the perspective of a working shaman, no two brews of ayahuasca or yagé are ever the same. A western lens sees a mixture of plants allowing people to experience DMT.


In this article, we unpack these different perspectives to understand the difference between ayahuasca vs yagé.

Yagé is the name of a psychedelic brew containing the vine Banisteriopsis caapi, and typically a bush called chaliponga or Diplopterys cabrerana. In Colombia, the term yagé is quite common. Like ayahuasca, yagé is a combination of plants with psychoactive properties.

Caapi contains monoamine oxidase inhibitors or MAOI. These compounds, in the form of β-carbolines and harmala alkaloids, have some psychoactive effects. They also affect how enzymes in the human body process DMT.

DMT, or dimethyltryptamine, is an extremely potent psychedelic compound found in the human body and many plants. Normally when DMT is consumed, enzymes (MAO) in our gut break it down quickly. However, when combined with MAO inhibitor in the caapi vine, the DMT is not destroyed. The body can use the DMT, and we have psychedelic experiences.

What is Yagé Plant?

Both yagé and ayahuasca, from the perspective of modern medicine, combine MAOI and DMT to create a psychedelic effect. Yet, there are many anecdotes from people who have drunk both brews saying the effects are unique. Specifically, the plants used – chacruna (Psychotria viridis) in ayahuasca and chaliponga in yagé, are said to have different spirits.

Is Yagé The Same as Ayahuasca?

Yagé vine is the same as the ayahuasca vine. However, yagé tea effects are often said to be different than that of ayahuasca. An ayahuasca tea also does contain different plant mixtures than yagé.

Studies of the dizzyingly amount of chemicals in an ayahuasca brew admit scientific understanding is limited. Many curanderos add different plants to each brew creating an extremely complex soup of chemical interactions. While the basics of MAOI and DMT cause consistent effects, it is difficult to comprehend or study how other plant combinations might change the tea’s effects.

On another level, differences in how the brews are prepared to exist. In the book Rainforest Medicine, Jonathon Miller Weisberger witnesses different methods of physical preparation. Ayahuasca preparations contained more of the bark of the vine, where yagé was removed.

Weisberger suggested yagé contained fewer tannins found in the bark and, therefore, less vomiting. However, this description is at odds with many anecdotes found online suggesting that yagé is, in fact, a powerful purgative.

For some time, there has been speculation that the alkaloid content of the plants often involved in the preparation of yagé was different. There has been a suggestion that Diplopterys cabrerana contains 5-MeO-DMT and bufotenin, both very powerful compounds related to DMT but with different effects.

Some studies have found extremely small about of 5-MeO-DMT in the stem of the common yagé plant chaliponga and Dennis Mckenna found small amounts of bufotenin. Analysis performed by citizen scientists on DMT Nexus found neither compound in significant amounts. The finding shows a current understanding of pharmacological effects cannot explain differences.

Difference Between Ayahuasca and Yagé

What is far more significant in the difference between ayahuasca and yagé is the way each compound is used. Traditions between various tribes in the Amazon vary widely. A key component is set and setting with any psychedelics, a practice indigenous groups have mastered.

Often yagé ceremonies will last from sunset to sunrise. Ayahuasca ceremonies are typically a bit shorter.

Shamans, be it through connection to plant spirits and other dimensions, song create their own ceremony. Lineages pass down stories which influence our expectations. Songs change how we feel each moment. Our own expectations and beliefs, whether or not they include spirit, influence how every ceremony unfolds.

Yagé or Ayahausca – Which Should You Choose?

Yagé and ayahuasca may appear similar but what is clearly different is the cultural container they are used within. As many of us follow in the footsteps of explorers of consciousness like Terrence McKenna or the original western seeker of yagé William Burroughs, respect for other cultures should always be kept a priority.

Yagé and ayahuasca represent different traditions for sharing an ancient medicine. Finding a shaman and ayahuasca retreat that you feel comfortable and safe with is the most important factor. Ask questions, prepare well and go find what you are seeking.