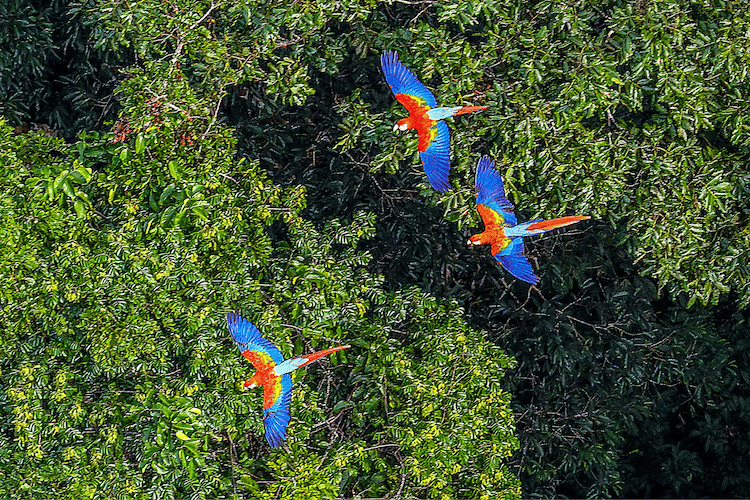 Ayahuasca’s mystery, potency, and continued use in shamanic settings today have inspired many adventurers and storytellers. We sorted through the dozens of existing docs to find the best ayahuasca documentaries to learn what it’s like to drink ayahuasca.

Stepping Into The Fire follows several people looking for meaning and healing in their lives. The main focus is two men – one a former stockbroker and another diagnosed with terminal cancer. Both travel to the Peruvian Amazon to experience ayahuasca.

The participant’s transformation leaves an impact, and the film follows up to show the changes in each one’s life. A classic, inspiring ayahuasca documentary. Stepping Into The Fire highlights the search for meaning many in modern life are seeking, despite success in the material world.

You can watch the movie on YouTube or Amazon Prime.

In 1970 Terence Mckenna, his brother Dennis Mckenna, and several other friends venture into the Amazon Rainforest to study plants and insects and search for a mysterious psychedelic also covered in Terence Mckenna’s book “True Hallucinations.”

The expedition takes several unexpected turns while the documentary unpacks Mckenna’s questions and lectures on reality, time, shamanism, and many other topics.

This documentary isn’t the same production quality as the ayahuasca docs you might find on Netflix. It is not specifically about ayahuasca and is more focused on the Mckenna brother’s use of psilocybin mushrooms. But three hours of Terence Mckenna’s talks is guaranteed you keep you both entertained and curious about life and psychedelics.

The full documentary can be found on YouTube on the We Plants Are Happy Plants channel.

Convicted bank robber and ex-convict Steve Hupp was introduced to ayahuasca in South America and found his calling to become a shaman. Hupp now serves ayahuasca in rural Kentucky, where he founded a church in which ayahuasca is the sacrament.

Hupp’s story has spawned a TV series produced by Vice. Kentucky Ayahuasca follows different people who work with Hupp to heal traumas from their past. The potential of the brew to work on people with PTSD, addiction, and a variety of physical and emotional issues is covered throughout the documentary series.

You can watch the entire series for free on Vice’s YouTube channel.

Léa and I follow two friends to Mexico and South America in search of a cure for Léa’s cystic fibrosis. The young woman have just graduated from university in Los Angles, but Léa only has a life expectancy of 37, with Western medicine unable to help.


Stepping outside their comfort zone, the two explore their friendship, plant medicine, and what gives life meaning. Along their travels, they meet healers working with everything from magnets to ayahuasca, while striking cinematography captures their adventure.


Léa and I is directed by Camille Shooshani, the co-star alongside Léa. You can watch this travel and ayahuasca documentary on Netflix.

Ayahuasca and the Path of the Shaman feature the journey of Dave, a man who travels to Peru in search of healing with ayahuasca. Dave eventually learns how to work with ayahuasca and beings to hold ceremonies.

Dr. Gabor Mate is featured in the film and shares how he came to appreciate ayahuasca and use it in his work healing patients from addiction and trauma. The film records personal stories from people recovering from addictions and processing childhood trauma are shared while they work with Dave and ayahuasca.

In an interview about this particular documentary, Gabor Mate said he hoped the film would educate about “About how mind and body can’t be separated, about how a healer has to heal or at least be aware of the need for their own healing before they can heal others.”

The documentary is available on Apple TV.

The Nature of Ayahuasca is narrated by Don Howard, founder of SpiritQuest Shamanic Sanctuary, who discovered ayahuasca in a search to help his own depression. Howard offers a grounded and realistic approach to ayahuasca by following several people through a retreat in Peru.

Hosted at the SpiritQuest Sanctuary, many of the participants are seeking to heal from conditions the Western Medical system could not help them with. The film also documents the group process of the participants, which is integral to their healing.

Directed by Gavin Hoffman, the movie was nominated for and won several awards. You can watch it for free on YouTube and on Amazon Prime.

The movie also captures the experience Gerard Powell has with the African plant medicine Iboga. Powell emerges a changed man and goes on the found the now famous Rythmia ayahuasca retreat in Costa Rica.

The Reality of Truth can be watched for free on YouTube and Amazon Prime.

Aubrey Marcus has released several ayahuasca documentaries. The first is Drink in the Jungle, where Aubrey and friends venture to Peru to SpiritQuest Sanctuary in Peru. The group shares their experiences, challenges and revelations with medicine while the documentary educates about ayahuasca ceremonies as practiced by Don Howard Lawler at SpiritQuest.

Mitch Schultz, director of DMT: The Spirit Molecule, also is behind Drink the Jungle. The entire soundtrack is original compositions by Brazilian multi-instrumentalist Poranguí, creating an excellent atmosphere.

Ayahuasca is the companion to another documentary by Aubrey Marcus called “Huachuma,” about the mescaline-containing San Pedro cactus. Similar to Drink in the Jungle, Huachuma educates about the psychedelic cactus while the participants at the retreat center share their experiences.

In 2022 Aubrey released another mini-doc called “Dragon of the Jungle.” Directed by Maz Mcckoy, the film features the curandero to first serve Aubrey ayahuasca “el dragon,” Maestro Orlando. Aubrey, his wife Vylana Marcus, and friends Mehcad Brooks, Blu, and Eric Godsey all share insights into what it’s like to drink ayahuasca and what ayahuasca is.

In “Shock to Awe,” two veterans, Matt Kahl and Mike Cooley try to treat their PTSD with ayahuasca. The film documents the intense struggle the two veterans faced returning home after deployment and the desperation that led them to try plant medicine.

The raw emotional content sheds light on the challenges facing combat veterans with PTSD. The film contains footage from ayahuasca ceremonies with Soul Quest Ayahuasca Church in Florida and how the men are changed after drinking ayahuasca.

Matt and Mike’s experiences after their ceremonies are recorded, along with how their change affects their wives. A powerful film, From Shock to Awe, is a window inside the healing process, with all its ups and downs, while highlighting the need for veterans to have adequate support.

Directed by Les Guthman and Marc and winning several awards, Shock to Awe can be watched on Vimeo, Amazon Prime, and Apple TV.

The Last Shaman follows James Freeman across ten months in search of healing a deep depression that brought him to the edge of suicide. His personal struggle, determination to heal and vulnerability in sharing his ayahuasca experiences are moving.

The documentary follows James working with several different shamans, from Westerners to Shipibo-Konibo, until Freeman eventually finds “the last shaman.”

Produced by Leonardo Decaprio and called the “most honest ayahuasca doc” by Dennis Mckenna. The film is directed by Raz Degan, and the high production quality and cinematography make for an immersive and potent viewing experience.

You can watch The Last Shaman on demand with Vimeo, and is one of the more positive Netflix ayahuasca documentaries.

Feeling the Call to Ayahausca?

We live in exciting times as western cultures open up to not only ayahuasca but iboga, mescaline-containing cacti like San Pedro, and experiences like psilocybin retreats and psychedelic therapy. Plant medicine has much to teach, and we have lots to learn about using it.

Whether you feel called to Kentucky or the Amazon, if you are curious if you should drink ayahuasca, you can keep learning about how to prepare for ayahuasca and what the ayahuasca diet is or look into psychedelic retreats.