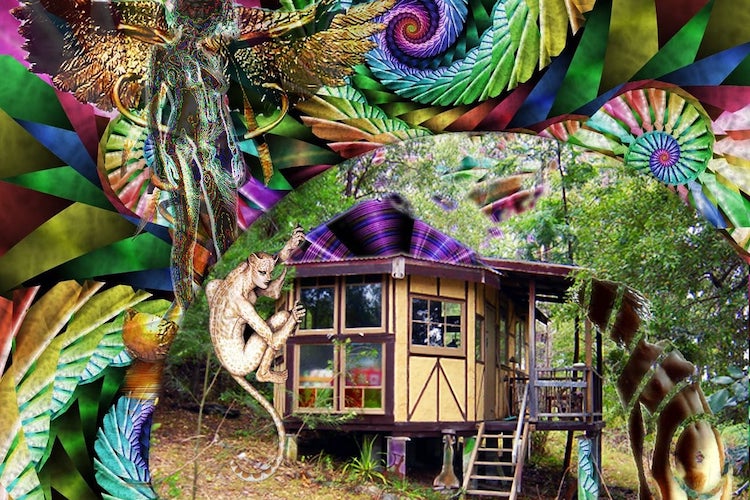 Where are Psychedelics Decriminalized?

Former President Richard Nixon would be rolling in his grave right now if he know how many people were googling “Where are Psychedelics Decriminalized?” given his war on drugs.

50 years ago, President Richard Nixon declared drugs “public enemy number one” and launched a global campaign known as the War on Drugs with the aim of reducing the illegal drug trade in the United States. Led by the U.S. federal government, of drug prohibition, military aid, and military intervention, this campaign has been regarded by the Global Commission on Drug Policy as a failure, with “devastating consequences for individuals and societies around the world”, and the urgent need for “fundamental reforms in national and global drug control policies.” Within the past 2 years, drug decriminalization efforts in North America have begun to see success, namely with the decriminalization of psychedelics. But let’s take a deeper dive and see exactly psychedelics are either currently decriminalized or have decriminalization movements underway?

May 9th, 2019, Denver became the first city in North America to pass an initiative for the decriminalization of psilocybin mushrooms. In early 2019, the grassroots campaign Decriminalize Denver collected nearly 9,500 signatures to get the Denver Psilocybin Mushroom Decriminalization Initiative on the ballot. The initiative emphasized research indicating psilocybins safety and efficacy with decreased risk of opioid abuse and dependence, and reduced psychological distress and suicidality. Marginally approved by 50.5% of voters, this initiative did not legalize mushrooms but rather places priority on making personal use and personal possession of psilocybin mushrooms by those twenty-one years of age and older the city’s lowest law-enforcement priority, prohibit the city from spending resources to impose criminal penalties and establish the psilocybin mushroom policy review panel to assess and report on the effects of the ordinance.

Less than a month later on June 4th, the city of Oakland unanimously approved a similar initiative, instead of just decriminalizing mushrooms, however, this resolution also decriminalized all naturally occurring psychedelic plants and fungi. As with Denver, the resolution says city money will not be used to assist in the enforcement of laws imposing criminal penalties for the use and possession of Entheogenic Plants by adults. Santa Cruz followed in Oakland’s footsteps, passing a resolution unanimously in January of 2020. Again, making the personal possession and use of entheogenic plants and fungi — including ayahuasca, ibogaine, and magic mushrooms — a low priority for law enforcement. So are psychedelics legal in California? The answer to that is no, while the decriminalization of these substances aids in breaking the stigma surrounding them, the commercial sale or manufacturing of mushrooms is still prohibited.

Another unanimous vote for the decriminalization of psychedelic plants and fungi occurred on September 21st, 2020 in the city of Ann Arbor. Four city council members co-sponsored the resolution Hayner, Bannister, Ramlawi, and Griswold, and even the most conservative council members voted for this resolution. Council Members Anne Bannister and Jeff Hayner sponsored this resolution, with Hayner stating “decriminalization of naturally occurring medicines is necessary for progress … we can no longer turn a blind eye towards the wisdom of indigenous peoples, and the bounty the earth provides. I have been moved by the testimonies of those who have found profound relief from the use of entheogenic plants.”

During the US Federal elections on November 3rd, 2020, the State of Oregon became the first state to both decriminalize and legalize magic mushrooms. Measure 109, which will allow adults 21 and over to use psilocybin mushrooms in supervised and licensed therapy sessions, was approved by a 56.21% to 43.79% margin. Further, Measure 110, which rewrites many sections of Oregon state drug laws to end criminal penalties for possession of limited amounts of all drugs and redirects resources to treatment services, passed with 59.10% to 40.90%.

The same day, across the country, voters approved the decriminalization of psychedelic plants and fungi. With a total of 256,975 votes, DC initiative 81 was approved by a staggering margin of 76.18% t0 23.82%. Aside from just making the enforcement of laws against psychedelic plants the lowest priority, the Plant Medicine Coalition (PMC) also called to enact additional legislation to provide worker and child protection related to the use of plant- and fungi-based substances, connect D.C. officials with therapists, researchers, and other experts in our network to help guide the policy rollout, and even launched a grants program to help build community hubs and leadership for plant medicine education, training, documentation, and multidisciplinary integration. However, 6 months after this the Supreme Court decided to recriminalize drug possession, but this time as a misdemeanor instead of a felony.

Within the following months of the US federal election and the movements made to decriminalize psychedelics in Oregon and Washington, D.C, not one, not two, but three cities in Massachusetts followed suit. The first of the three was Somerville, on January 14th, 2021, with a 9-0 vote and support from the city’s mayor. Cambridge passed a similar policy on February 4th, 2021, not only decriminalizing psychedelic plants but also seeking to decriminalize all controlled substances. Therapist Francis Guerriero of Cambridge told councilors “in my private practice I treat people who use entheogenic substances for their betterment … I support this because I see only benefits from [patients’] self-reports, and I see no detriments.” Northampton continued the trend of a unanimous 8-0 vote from the city council in April of 2021, expressing support for establishing a task force to study access to entheogenic plants and another regarding harm reduction and racial justice.

Though Seattle has not yet decriminalized psychedelics, movements are underway to hopefully see that come to fruition. Within the past month, the city council has begun conversations with a drug overdose and recovery panel to explore this cause, citing their potential for treating addiction and mental health conditions. The task force will delve into questions related to psychedelic medicines, also known as entheogens, among many other topics, said Malika Lamont, program director for VOCAL-WA, an advocacy organization that focuses on the war on drugs, homelessness, mass incarceration, and HIV/AIDS.

With the growing number of cities in the states that have decriminalized psychedelics, many are wondering when Canada is going to do the same? In a report released on the 7th of June, Dr. Eileen de Villa, Toronto’s medical officer of health, recommended that the city form a group that includes police and those with lived experience to develop a proposal for the federal government, including alternatives to charging people. While de Villa and the city’s board of health have previously called on the federal government to decriminalize drug possession, the new recommendation calls for an exemption on the Controlled Drugs and Substances Act for Toronto specifically.

And if you are interested in the healing benefits of plant medicines, consider contacting a psychedelic integration therapist beforehand via Frshminds.

If you are curious about the decriminalization of psychedelics, check out these other articles on Frshminds: