Home » News » Decriminalization of Psychedelics in the United States 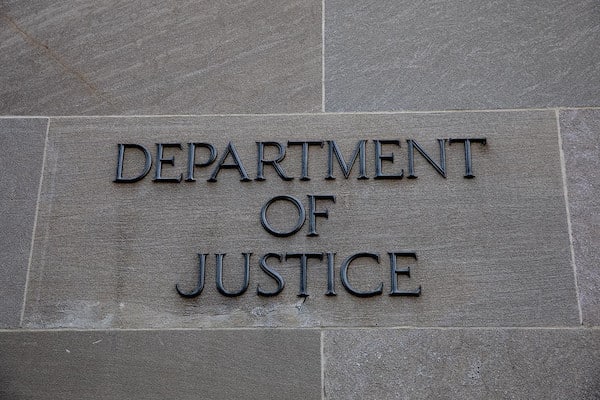 Decriminalization of Psychedelics in the United States

While advocates for decriminalizing psilocybin have formed their movement based on the rapid legalization of cannabis in the United States, educated consumers and advocates of psilocybin use should have a deeper understanding of the issues at play.

Opponents of decriminalization worry that it could lead to more drug use and, perhaps, an increase in bad or even violent psychedelic experiences. While it is possible drug use will rise if the initiative is successful, as it did in Portugal where decriminalization of all drugs, coupled with increased drug addiction treatment/harm reduction services, led to more lifetime drug use but with fewer problems

As always, Frshminds reminds you that we are not lawyers and the information contained in this article does not represent valid legal advices nor should it be relied on in any legal capacity.

Why Are Psychedelics Illegal?

Before diving into the the decriminalization of psychedelics in the United States, let’s start off understanding their criminalization. Despite (or because of) their role in the widespread cultural upheavals of the 1960s, the majority of these drugs were declared illegal and hallucinogenic research and culture was driven underground.

In 1968, the Staggers-Dodd Bill outlawed possession of the most popular psychedelics though the law was not heavily enforced. That changed when Congress passed the Comprehensive Drug Abuse Prevention and Control Act of 1970, which forced pharmaceutical companies to keep strict records and maintain the physical security of their drug stocks. In 1970 President Richard Nixon called Timothy Leary, the Harvard psychologist and proselytizer for LSD, who claimed it would cure all our society’s woes, “the most dangerous man in America.”

Psychedelics were all labeled Schedule 1 despite thousands of clinical studies conducted in the fifties and early sixties that showed the potential efficacy of substances like LSD in the treatment of mental health issues and addiction.

The following year, the United Nations signed a treaty known as The Convention on Psychotropic Substances of 1971. The goal was to slow the spread of barbiturates, benzodiazepines, stimulants, and psychedelics.

Many advocates of decriminalization see the the war on drugs as an abysmal failure. They feel it hasn’t reduced drug use and has simply led to mass incarceration. The guiding philosophy is that drugs use is a health issue, not a criminal issue, so decriminalization is about criminal justice reform as well as mental health/addiction treatment.

The Start of The Decriminalization Movement

If one had to pick a starting point for the start point for the decriminalization of psychedelics in the United States, the 2015 case of State of New Mexico vs David Ray Pratt would be a reasonable place in time. New Mexico’s Court of Appeals found that if one grows psilocybin mushrooms for personal use, it is not considered “manufacturing of a controlled substance” under state law.

The movement to decriminalize psilocybin in the United States picked up more momentum in the late 2010s, with Denver, Colorado becoming the first city to decriminalize psilocybin in May 2019; a city ordinance was admitted to the ballot, and narrowly won with 50.6% of the vote. The initiative did not actually legalize mushrooms, but rather prohibits Denver from spending resources to prosecute people for their use or possession. For some added context on the impact of decriminalization, in the three years before Denver decriminalized psilocybin, the police arrested about 50 people a year for the possession/sale of of the substance, with prosecutors acting on only 11 of those arrests, out of thousands of arrests overall in the city each year.

With the passage of Measure 109 passing by 56.12% in November of 2020, Oregon became the first state in the country to legalize psilocybin. The measure, backed by chief petitioners wife-and-husband psychotherapist, Sheri and Thomas Eckert of Beaverton, and endorsed by the Oregon Democratic Party, allow regulated use of psychedelic mushrooms in a therapeutic setting and creates a two-year period during which regulatory details will be worked out, including what qualifications are required of therapists overseeing its use.

At the same time, another measure on this year’s ballot, Measure 110, decriminalized possession of small amounts of drugs, including psychedelic mushrooms.

In February 2020, California State Senator, Scott Wiener  introduced SB-519 Controlled substances: decriminalization of certain hallucinogenic substances on the floor of the state senate.  At a high level, the bill:

The groups supporting the bill all say they want to end the War on Drugs, provide safer access to substances already available on the illicit market, and allow the cultural/therapeutic use of substances that hold potential healing value. A July 2021 amendment to the bill sets the following prescribed limits for personal possession that would be legalized:

It should be noted that while personal possession limits would be imposed under the revision, facilitators could have aggregate amounts for group use, meaning they could possess the allowable amount for each individual involved in a ceremony.  There are various groups within the decriminlization movement that are against any sort of limits as they feel that specific amounts are the first step in the commodification of these substances that ultimately result in the enrichment of large companies.

Frshminds will update this article on an ongoing basis as events dictate.

If you are curious about the decriminalization of psychedelics, check out these other articles on Frshminds:

Psychedelics and Mental Health Care — What Policymakers Need to Know

Why Are Psychedelics Illegal?

Oregon has become the first state to legalize ‘magic’ mushrooms for therapeutic use. Here’s what that means.

Interview: Push To Decriminalize Some Psychedelics Working Its Way Through California Capitol