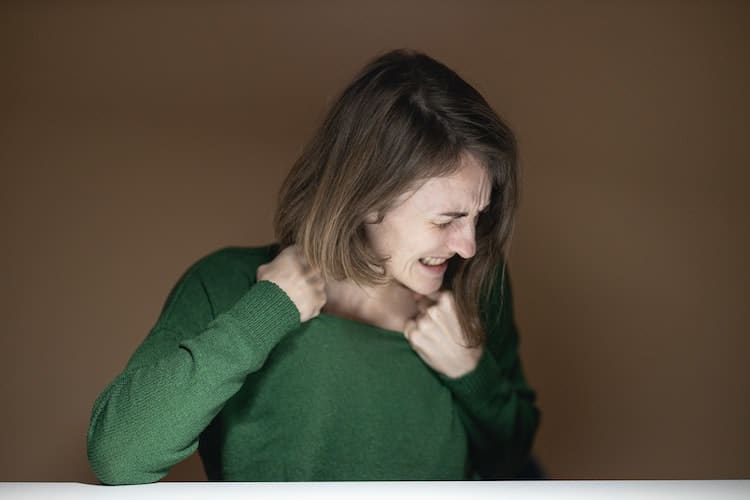 Consumers of magic mushrooms will generally agree that they can bring many benefits, relieving symptoms of depression and anxiety amongst other mental disorders. Using magic mushrooms for pain relief isn’t often surfaced as a known benefit. When the Controlled Substances Act of 1970 placed all psychedelics into ‘Schedule I’, scientific research was immediately criminalized and essentially stopped, so exploration of other benefits didn’t continue. The fact that most psychedelics did not belong in Schedule I in the first place, we will leave for another article…

After a decades-long hiatus, research investigating the therapeutic benefits of psychedelics, namely psilocybin (the active ingredient in magic mushrooms), lysergic acid diethylamide (LSD), and dimethyltryptamine (DMT), is in the midst of a long-awaited second wave. Fast-tracked by seminal work conducted by Dr. Roland Griffiths and his amazing team of skilled scientists at the Center for Psychedelic and Consciousness Research at Johns Hopkins, controlled psychedelic investigation is back, and it’s booming.

Griffiths’ groundbreaking 2006 study, in which 70% of participants found magic mushrooms could create incredibly meaningful experiences for consumers, inspired research labs all over the globe to begin a new wave of research. In just the last few years, psychedelic-assisted psychotherapy has more than proven its efficacy as a treatment for anxiety, depression, post-traumatic stress and substance abuse.

Since Dr. Griffiths and his colleagues ignited the psychedelic renaissance, researchers have focused on how to treat patients with a combination of psychedelics and psychotherapy. Much of the evidence for psychedelics’ analgesic effects comes from poorly-controlled case reports from half a century ago. Many of the findings from that period were very promising, but needed more rigorous study. Many of the earlier studies exploring the analgesic potential of psychedelics use LSD. While they are different compounds, since LSD and psilocybin are very similar both phenomenologically and pharmacologically, they probably have analgesic properties in common.

In the 1960’s, a pain researcher by the name of Dr. Eric Kast experienced a “peculiar presentment” that LSD could be an effective treatment for pain. The compound caused people to lose the ability to focus, and Kast hypothesized that this may help those who suffer to become less burdened.

Dr. Kast and his colleague, Dr. Vincent Collins, investigated by comparing the pain-relieving effects of LSD with hydromorphone (Dilaudid) and meperidine (Demerol), two opioid-based pain medications. Patients were given a moderately strong dose of psychedelics at least 12 hours after they had received their opioids. When asked about their pain, participants experienced significantly more relief under the influence of LSD, with many becoming completely pain-free for 3 weeks.

Pain medicine has rarely, if ever, led to patients that become completely pain-free. Even more extraordinary is the fact that the lasting pain relief observed came about from a single dose of LSD.

Unfortunately, over the next ten years, only a couple of studies even considered the topic. Of those that were run — by notable psychedelic researchers Walter Pahnke and Stanislav Grof – LSD-assisted psychotherapy was shown to improve pain duration and intensity amongst the cancer patients being studied.

In 2016, a car accident led to renowned UC San Diego scientist Albert Lin suffering a complex fracture below his right knee, ultimately requiring amputation of the leg. He was subsequently afflicted with severe ‘phantom limb’ pains that tormented him daily.

Eventually, Dr. Lin finally noticed profound relief, lasting 3 hours after ingestion of the mushrooms. This fungal medicine, used sacramentally by indigenous communities for millennia, had lived up to its nickname; “huh”, Lin was surely pondering, “these really are magic.”

The use of psilocybin alone also produced major reductions in pain at the onset of its psychoactive effects, but, unfortunately for Lin, relief dwindled and intense phantom pain returned once the psychoactive effects subsided. However, when psilocybin was combined with the mirror box therapy, Dr. Lin experienced an incredible 50% reduction in his pain lasting 5 weeks. Pain reduction from this combination therapy was so profound that Dr. Lin was able to drop it altogether. Amazing.

Dr. Lin’s story provides support for a 1977 case series describing the experience of 7 phantom limb pain patients administered “sub-hallucinogenic” doses of LSD. During this trial, patients received 25 micrograms of LSD for 7 days before researchers increased the dose to 50 micrograms for 14 more.

In this case series, pain significantly improved in almost 80% of patients after LSD administration despite dramatic decreases in daily use of analgesic medication.

A cluster headache is considered among the most painful of all headache types, affecting 0.1% of the population. Abortive treatments (that quickly suppress cluster attacks), including oxygen and sumatriptan, and neuromodulators like lithium and corticosteroids, have failed to demonstrate much efficacy.

In 2006, Yale University’s Assistant Professor of Psychiatry, Dr. Andrew Sewell, published the results of 53 interviews with patients who had used psilocybin or LSD to treat their cluster headaches. Highlights of the author’s final analysis include:

Of course, the data relies on the subjective reports of the patients, which may be biased. However, the impressiveness of the participants’ reports was enough to spur further analysis.

A substantial share of respondents reported profound reduction in pain even when the doses were sub-hallucinogenic, suggesting that pain relief was unrelated to the psychoactive effects. To confirm these findings, a team from Hannover Medical School administered a non-hallucinogenic form of LSD to 4 cluster headache patients, three times over 15 days. In this study, the LSD-like compound terminated cluster periods, extended remission periods and reduced cluster attack frequency.

A different kind of headache affecting a much larger population, migraines are thought to be one of the top three most common diseases in the world, impacting 12% – 15% of the global population. Even with the scale and terrible pain inflicted on its sufferers, there are few effective treatment options, and those that exist have unwanted side effects.

It’s very difficult for migraine sufferers to get relief. Naturally, this has prompted them to self-administer psychedelics, risking committing a serious crime in the process.

A qualitative analysis of data taken from three online psychedelic forums has provided unique insights here. Contributors to the forums, who found conventional medication ineffective, reported that psilocybin educed the frequency and intensity of the attacks, and prevented them from happening.

Some users even experienced full remission.

In 2020, the first placebo-controlled study exploring the migraine-suppressing effects of psilocybin took place. In this study, psilocybin significantly outperformed the placebo. It reduced the number of migraine days, reduced pain severity and reduced the frequency of functional impairment (users too sick to go about their daily routine).

Although psilocybin demonstrates efficacy as a pain treatment, how exactly it does this remains a mystery. Funding for psychedelic studies remains largely geared towards clinical outcomes and ensuring that compounds like psilocybin are safe and efficacious in patients. Unfortunately, this leaves a lack of funding for research that would explore how psychedelics interfere with the signaling and processing of pain.

Researchers have a few hypotheses that could explain why they work though. Psilocybin (more accurately, Psilocin) initiates the psychedelic experience when it activates serotonin receptors in the brain. But psychedelic activation of these receptors is thought to stimulate activity across a network of brain regions called the Default Mode Network (DMN) that help regulate emotion, cognition, memory, and self-awareness. Just as Dr. Karst hypothesized, psilocybin may also possess the power to turn one’s attention away from his or her pain, focusing instead on the hallucinations. Some researchers believe that this re-diversion of attention is one explanation for the reported relief. Dysfunctional communication between these DMN brain regions is associated with several chronic pain states. Therefore, it is possible that when psilocybin inhibits this activity it is actually subduing these regions, causing the pain to be obscured.

The role of serotonin receptors in pain modulation

There are many serotonin receptors in the body and they all play a role in pain experience (and pleasure). It appears that psilocybin interacts with all of them, including a group at the base of the spinal cord that help inform the brain about potentially harmful stimuli. Research has demonstrated that an injection of serotonin into the spinal cord region can block the detection of painful stimuli and, consequentially, the sensation of pain. Selective serotonin reuptake inhibitors, antidepressants that elevate serotonin levels, are often prescribed for pain. Psilocybin, which similarly elevates serotonin levels, could treat pain in this way.

Rat studies have shown that LSD may be an antagonist of receptors located in a part of the brain called the ‘dorsal raphe’. The dorsal raphe’s descending pathways inhibit pain responses, and its ascending pathways modulate the responses of pain receptors called nociceptors. More study is needed to investigate which of these receptors are involved in psychedelics’ influence on the processing of pain in these brain regions.

Recent research conducted by David Nichols, founding president of the Heffter research institute, suggests that psychedelics may also be effective treatments for inflammatory diseases. Psilocybin’s anti-inflammatory properties may lie in its ability to regulate tumor necrosis factor (TNF), a protein in the body that causes inflammation. Psilocybin might then prove effective in the treatment of inflammatory conditions like rheumatoid arthritis, lupus, and Behcet’s disease

UC San Diego’s Arthur C. Clarke Center for Human Imagination has launched the Psychedelics and Health Research Initiative (PHRI). It aims to study psilocybin’s ability to treat pain and promote healing. According to Dr. Joel Castellanos, a randomized placebo-controlled trial will investigate whether two doses of psilocybin can help patients suffering from phantom limb pain. They also plan to publish a case series detailing the experiences of individuals using magic mushrooms for pain relief. They have received numerous reports from individuals who have come to the same realization that Dr. Albert Lin did — that psilocybin can help.

Another chronic pain condition that physicians at UC San Diego are looking into is complex regional pain syndrome (CRPS), of which there are two types. Type 1 CRPS is typically caused by an otherwise innocuous injury, and, for reasons yet unknown, the nervous system gets into a positive feedback loop causing severe, disproportionate pain. Type 2 is caused by a specific nerve injury. CRPS is not well understood, and a lot of different treatment approaches are employed as a result, including mirror box therapy and a host of different medications. It’s known that CRPS is driven by the sympathetic nervous system, and it is believed that psilocybin can ‘reset’ that process. For those familiar with psilocybin’s impact on mental health, this ‘reset’ would resemble how it appears to “reset” the brain in patients with anxiety and depression. Should psilocybin prove to be effective in phantom limb pain, the research team at UCSD plan to study the effects of psilocybin on a range of chronic conditions, including pain from stroke and spinal cord injuries.

In a recent conversation on the Psychedelic Medicine podcast, Josh Woolley of UCSF revealed that he is preparing a trial to investigate psilocybin’s effect on patients with chronic low back pain. Woolley hypothesizes that psilocybin could change how people relate to pain, and they may experience significantly less impairment as a result.

Also, a California-based startup called Tryp Therapeutics is exploring chronic pain relief using psilocybin and Tryp-8803, a proprietary psilocybin derivative. Under the guidance of two of the world’s leading experts in fibromyalgia, Tryp is trying to find effective treatments for ‘nociplastic‘ pain, which is caused by impaired bodily functions.

Despite there being insufficient evidence to support the efficacy of magic mushrooms for pain relief, early results are promising and inspiring hope for patients in pain.

Read More About The Science of Psychedelics and Pain

Leigh Bergin is an aspiring psychedelic-assisted psychotherapist who has a Master's in psychology from the University of Limerick, Ireland. Leigh worked in social care throughout his time at college, before moving to Dublin where he gained experience as an assistant psychologist. Currently based in Valencia, Spain, Leigh also writes extensively online about psychology, psychotherapy, and addiction.