Home » Psychedelics » What is The Difference Between Acid and Shrooms 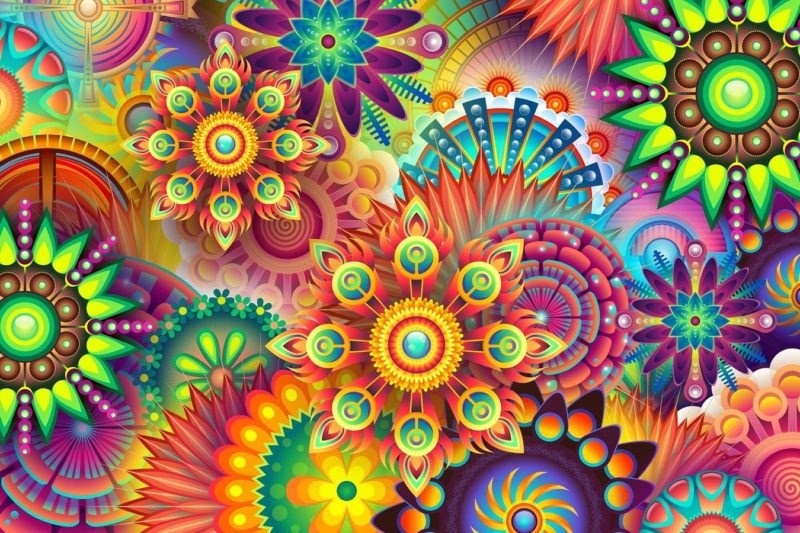 What is The Difference Between Acid and Shrooms

So exactly what is the difference between Acid and Shrooms? Lysergic Acid Diethylamide (LSD-25) and Psilocybin (4-PO-DMT, the main psychoactive compound in magic mushrooms) are both considered “classical psychedelics”, those with the largest scientific and cultural influence. Further, both LSD and psilocybin are considered “serotonergic psychedelics”, having a method of action strongly tied to the serotonin receptors in the brain. Although both fall into the same class of drugs and produce profound alterations to perception, there still exist notable differences between LSD and Shrooms on a whole host of fronts, from duration to subjective effects.

Molecular Structure and Mechanism of Action

Despite both LSD and Psilocybin being structurally similar to the neurotransmitter serotonin, they both exhibit differences that affect the experience overall (see below).

Though research into the mechanism of action for both of these drugs is still in the early stages of investigation, most has been focused on the stimulatory 5-HT2A (serotonin) receptor, which LSD and Psilocybin are considered partial agonists of (they activate this receptor). When one ingests magic mushrooms, the psilocybin undergoes a process of dephosphorylation (removal of the phosphate group) due to the acidic conditions of the stomach and resulting in the conversion of a molecule called Psilocin (4-HO-DMT). Psilocin, possessing a similar indole ring structure to serotonin, is able to bind to the receptors in a “lock-and-key” mechanism and prevents the reuptake of serotonin, resulting in an altered state of consciousness.
In the case of LSD, the molecule is “more complex” and hits the receptor at an unexpected angle. This causes a “cleft” or “lid” to fold over the molecule, trapping the LSD, and eventually sucking in the 5HT2A receptor into the cell in order to degrade the LSD.

Perhaps due to the differences in the mechanism of action, the duration of LSD and Psilocybin also differs. The LSD experience can last anywhere from 8-12 hours, with aftereffects being reported up to 48 hours following the trip. This might be because the brain takes longer to degrade the LSD molecule compared to psilocybin. Magic mushroom trips usually don’t last as long as an LSD trip, ranging anywhere from 4-8 hours, depending on the species consumed.

Dosage Difference Between Acid And Shrooms

LSD is more potent, with active dosages measured in micrograms (µg). Again, it can be difficult to accurately gauge the exact dosage due to the fact that LSD is usually taken as a blotter paper or tab.

Difference Between Acid and Shrooms In Subjective Experience

Regarding mind-wandering, LSD may be considered to be a more “predictable” or a cerebral experience, whereas shrooms have been said to be more of an introspective, whole-body experience. In terms of visuals, LSD has been noted to have an “HD”, “high contrast” or “cartoonish” overlay, with more colorful hallucinations, tracers, and an overall more stimulating experience. This could be because LSD also has a moderately high affinity for dopamine receptors. Psilocybin visuals are usually more subtle, considered more “wavy”, “flowy”, or “earthy”.

While both substances can be used as entheogens (a substance used for spiritual or ritualistic purposes) shrooms have been described as more “ancient” whereas LSD is considered more “cosmic”, for lack of better terms.

If you’re interested in exploring psychedelics as a means to cultivate healing or well-being, consult with a psychedelic therapist beforehand. You can find one in your area on Frshminds.

Want To Dive Deeper With LSD?

Be sure to read our other articles on LSD: