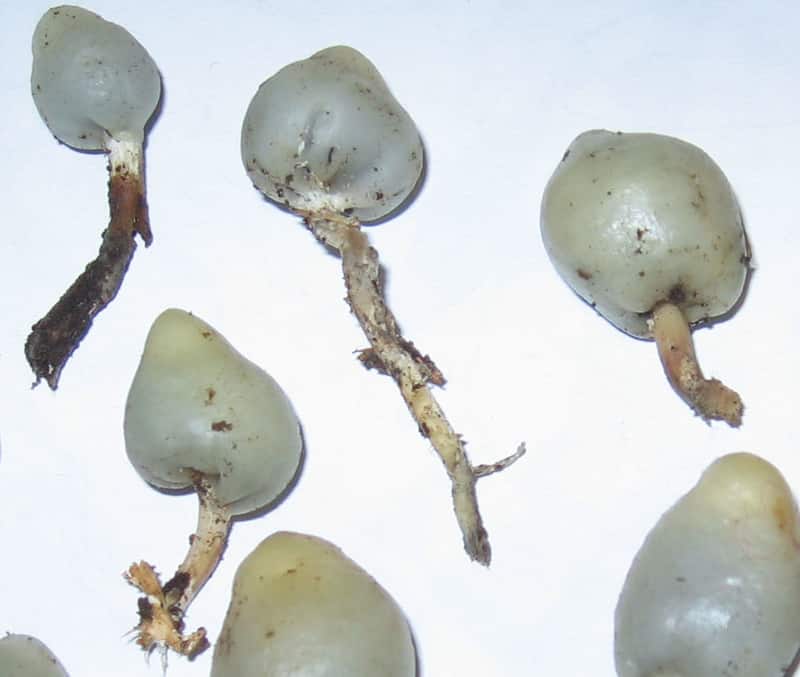 Psilocybe weraroa magic mushrooms were first described in 1924 by New Zealand mycologist Gordon Heriot Cunningham as Secotium novae-zelandiae. Rolf Singer transferred it to Weraroa in 1958, though phylogenetic analysis by Borovička and colleagues in 2011 shows this species is very close to Psilocybe cyanescens, thus resulting in it's current taxonomy.

Psilocybe weraroa magic mushrooms grow solitary to crowded on decaying branches of Whiteywood or cabbage trees, fern fronds, and leaf litter in the forests of New Zealand during the early winter and spring months.

Rather than gills, Psilocybe weraroa have what's known as a Gleba, a spore bearing inner mass found in certain fungi such as puffballs. In this case, the gleba is chocolate or sepia-brown, sparse, and chambered with contorted gill-like structures

Stem is hollow, cartilaginous, and whitish to blue-grey, with yellowish-brown tones at the base