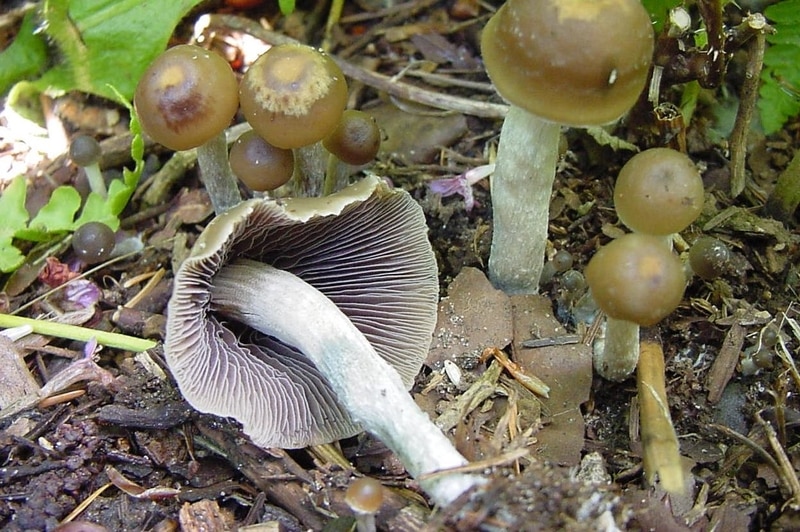 Psilocybe venenata magic mushrooms are only known from Japan, where they grow gregariously or in turfs during the summer and autumn in composting soils rich with lignicolous debris, rice hulls, straw or manure as well as in deciduous or bamboo forests. Also may grow in lawns, along roadsides, or along interfaces in Japanese gardens.

Cap is initially conic, becoming convex to planar in age often with upturned edges and a central depression. Chestnut to cinnamon to olive brown, often with grayish green tones and readily bruising bluish where injured

The gills are attached to the stem or reach it but do not attach and whitish at first, becoming light grayish to dingy yellowish, and eventually purplish brown with pallid edges upon spore maturity.

The stem is white and may be enlarged towards the base due to presence of white mycelial chords. Partial veils forms leaving a delicate and fibrillose annulus.