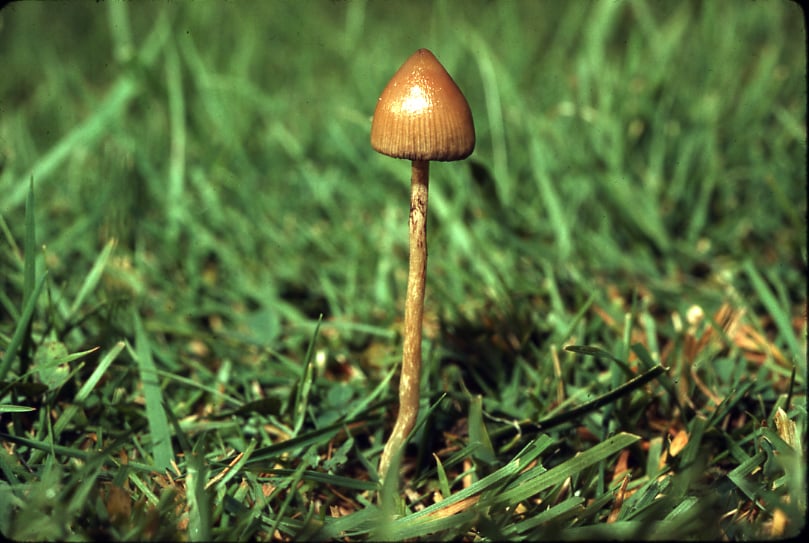 Psilocybe sierrae magic mushrooms grow solitary to gregariously on dung in grassy areas. Reported Oregon and British Columbia in October through November, and in Chile during August. This species distribution is likely more extensive than presently realized.

Gills reach the stem but do not attach and are initially clay coloured, becoming violet-brown with white edges upon maturity.

Stem is usually slightly enlarged at the base, pallid, and forms a well-developed partial veil that leaves a fibrillose annular zone.