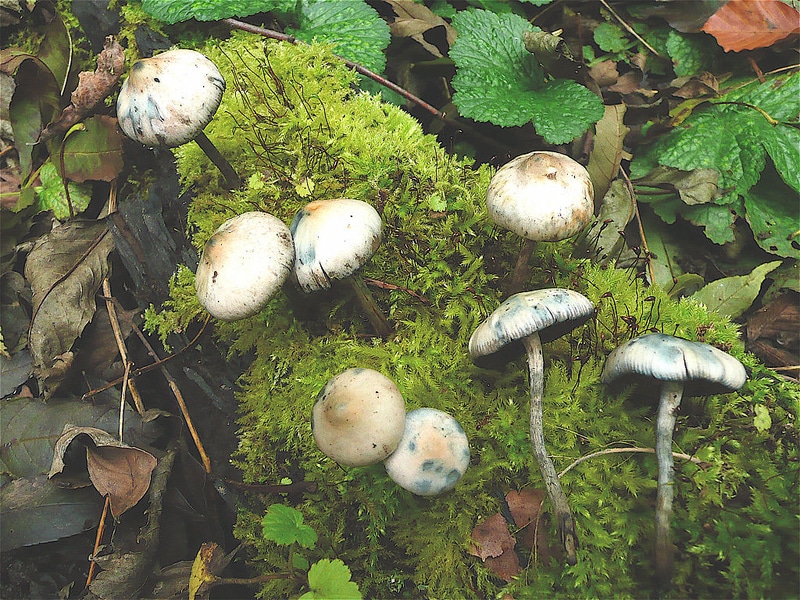 Psilocybe serbica magic mushrooms were shown to be the same species as Psilocybe bohemica, Psilocybe arcana, and Psilocybe moravica with molecular analysis in 2010. Psilocybin levels range between 0.11%-1.34%, and concentration is highest in the caps.

Psilocybe serbica magic mushrooms grow in groups on well-decayed wood, twigs, compost, and plant residue, in moist places like along creeks, forest paths, and roadsides of the Czech Republic. Fruits from late September to end of November, though this has been noted to extend to mid-December depending on temperature.

Cap ranges from conical to bell-shaped to convex when young with incurved edges, expanding to broadly convex to planar with slightly wavy edges upon maturity. Colour is buff to dingy orangish-brown.

Gills are attached to the stem or reach but do not attach, closely spaced, broad, and thin. Colour is initially light brown, becoming dark purplish-brown with white edges upon sporulation.

The stem is slightly enlarged at the base, which is covered in white mycelial chords. It is glossy whitish and partial veil forms a fibrillose annular zone.