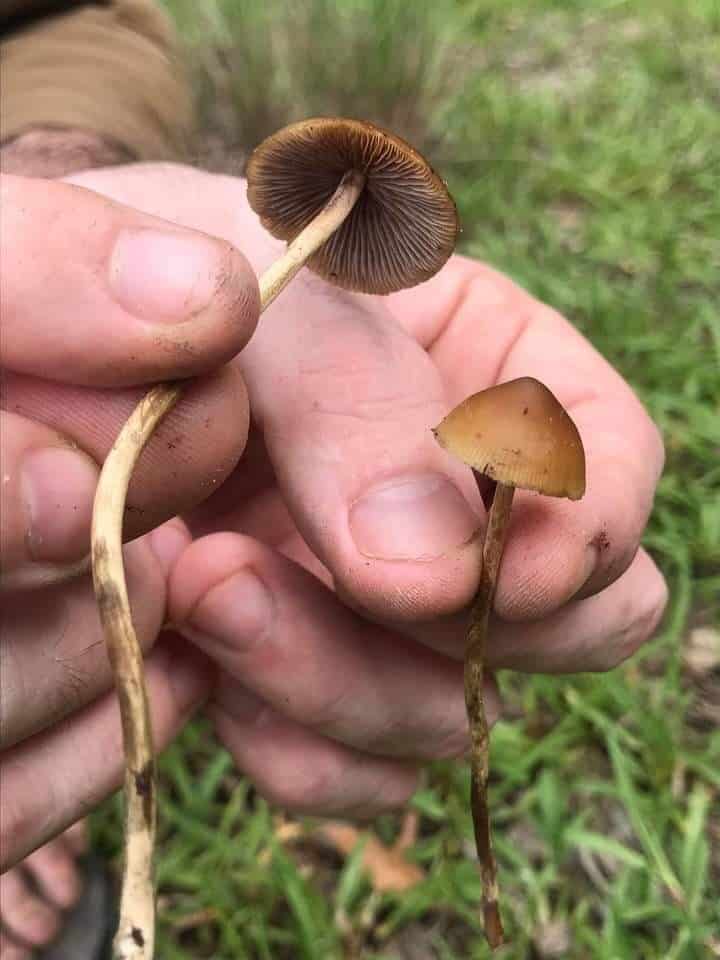 Psilocybe samuiensis magic mushrooms have only ever been found four times. They were analyzed by high-performance liquid chromatography (HPLC) and thin-layer chromatography (TLC), and found to have psilocybin, psilocin, and baeocystin concentrations of 0.023–0.90%, 0.05–0.81%, and 0.01–0.05% respectively.

Psilocybe samuiensis magic mushrooms grow scattered to gregarious in rice paddies from early July to late August. The original specimen was first picked in sandy clay soils on Koh Samui, and it has also be found in Ranong Province, Thailand and Angkor Wat, Cambodia.

Cap is convex to conic with a small central bump, reddish-brown when moist, and lighter brown when dry

Gills are broadly attached to the stem and clay coloured at first, becoming violet-brown with white edges upon sporulation

Stem is enlarged at the base, hollow, whitish to yellowish in colour, and covered in white fibrils. Partial veil forms a fibrillose but fleeting annular zone.