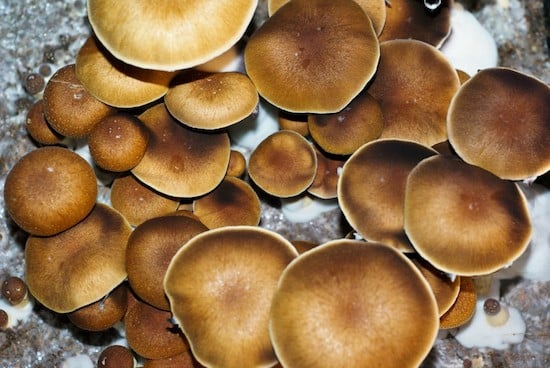 Koh Samui magic mushrooms (Psilocybe samuiensis) found on the island of Koh Samui off the coast of Thailand by mycologist John Allen.  It is a moderate depositor of spores and grows large, golden coloured fruits with thick, pale stems. Though effects are similar to other southeast asian species, potency of Koh Samui is regarded as above average.