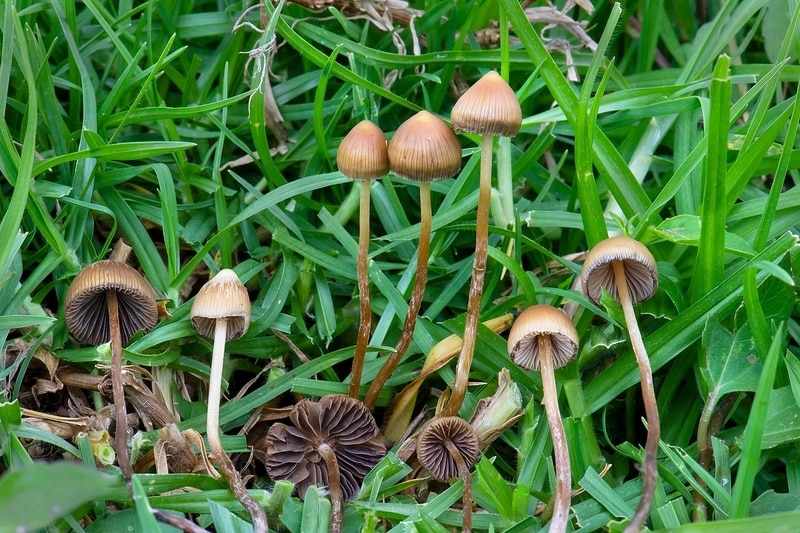 Psilocybe mexicana magic mushrooms were first used by the natives of North and Central America over 2,000 years ago. This species was categorized by French botanist Roger Heim, and the species from which Dr. Albert Hofmann first isolated and named the compounds psilocybin and psilocin. He also ate 32 specimens unaware of their potency as artificially cultivated.

Psilocybe mexicana magic mushrooms grow solitary or in small groups on moss along roadsides, trails, humid meadows, and cornfields particularly those bordering deciduous forests. Known to Mexico, Costa Rica and Guatemala and can be found fruiting from May to October.

Cap is conic to bell-shaped, often with a slight central bump. Colour is ocherous, brown, or beige becoming straw color in maturity and easily bruising blue.

Attached to the stem or reaching the stem but not attaching, and grey to purple-brown with white edges.

The stem is slender, hollow, and straw color to brownish or reddish-brown with no annulus.