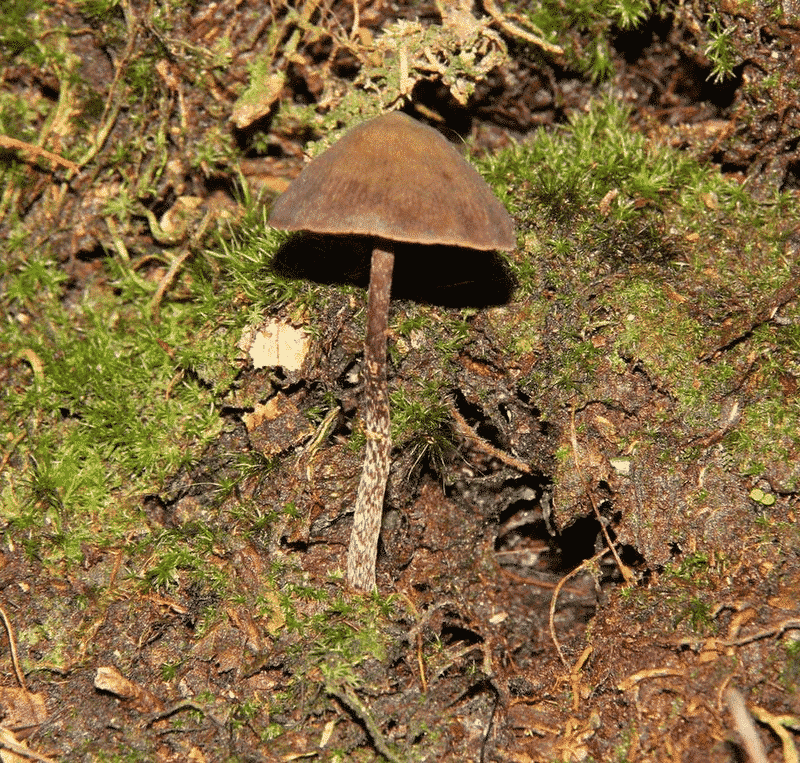 Psilocybe herrerae magic mushrooms were first described by Mexican mycologist Gastón Guzmán. It is expected to be a potent species though this is unconfirmed.

Psilocybe herrerae magic mushrooms are known only to the states of Chiapas and Veracruz in Mexico. They grow solitary to gregariously in sandy and clay soils, often along road cuts or in open pine, sweetgum, and oak forests in the months of June and July.

The gills are broadly attached to the stem and become purple-brown with sporulation.

Stem is cylindrical, the same colour as the cap more or less, and covered in wooly patches.