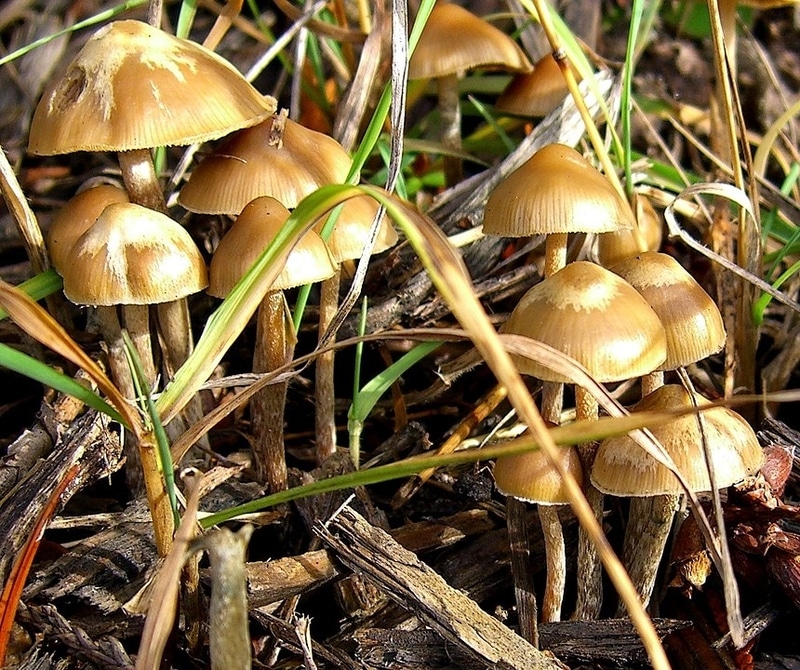 Cap is conic to broadly convex, becoming flat with maturity. The colour is deep chestnut brown.

Broadly to narrowly attached to the stem and light greyish with white edges, becoming purplish-brown with sporulation.

Stem is cylindrical becoming slightly larger at the base, which has white mycelial chords. Pallid to yellow-brown in colour with fibrils that bruise blue. May produce a fragile annular zone.