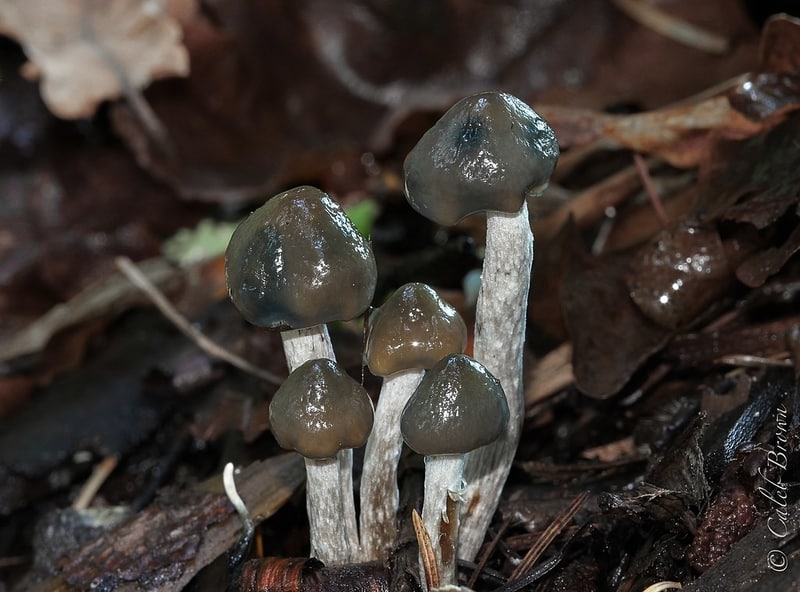 Psilocybe baeocystis magic mushrooms get their species name "baeocystis" from the Greek words baeo (little) and kystis (bladder). The species was first collected in the year 1945 in Oregon and was formally described in 1958 by Singer and Smith. Psilocin was first confirmed in this mushroom in 1962 and a few years later the alkaloids baeocystin and norbaeocystin were discovered and named by Leung and Paul. Further analyses done in 1981 by Beug and Bigwood using reverse-phase HPLC and thin-layer chromatography found the concentrations of psilocybin, psilocin, and baeocystin to be 0.15–0.85%, up to 0.59%, and up to 0.10% respectively.

Psilocybe baeocystis magic mushrooms can be found throughout the Pacific Northwest from August to December, growing solitary to cespitose (in the form of a piece of turf), and scattered to numerous on lawns, pastures, and more rarely in coniferous forests. This species prefers substrates like ground bark, wood chips, peat moss, decaying conifer mulch, and can often found growing under plants like rhododendrons and rose bushes in mulched garden beds, sometimes amongst other Psilocybe species like Psilocybe cyanescens.

Cap is ranges from conic to convex in shape with slightly inturned edges when young that are distinctly rippled. Dark olive brown in colour and occasionally steel blue, also bruises blue very easily.

Gills are broadly attached to the stem or sinuate, close together, and grey to cinnamon-brown with pale edges.

Stem is brittle and cylindrical, often with distinct mycelial cords at the base. It's colour is pallid to brown, and usually becomes more yellow towards the cap. Forms a fleeting partial veil.