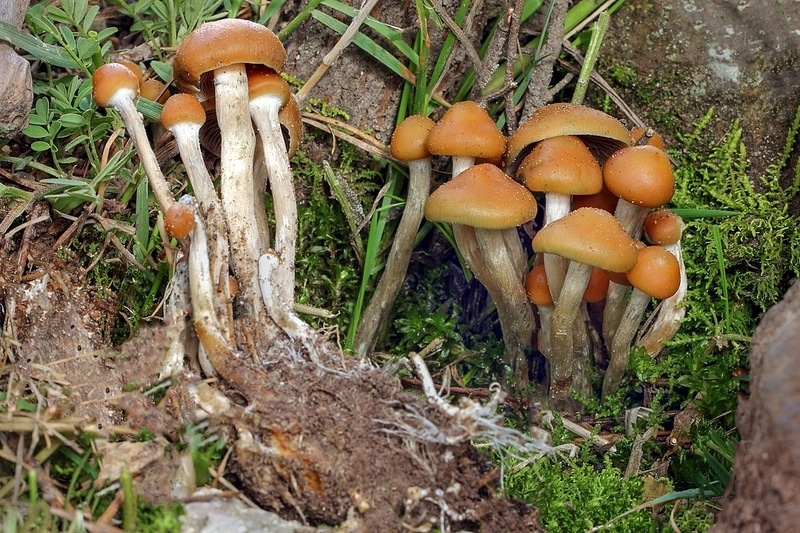 Psilocybe aztecorum magic mushrooms were first described in 1956 by French mycologist Robert Heim as a variation of Psilocybe mexicana, but he changed it to its current name a year later. It's named for its association with the Nahua people (aka Aztecs). P. aztecorum was one of the species of mushrooms illustrated in Life Magazine ("Seeking the Magic Mushroom"), where American ethnomycologist R. Gordon Wasson recounted the psychedelic visions that he experienced during Mazatec rituals thereby introducing psilocybin mushrooms to Western popular culture. In 1978 Mexican mycologist Gastón Guzmán made alterations to Heim's description and characterized the variety P. aztecorum var. bonetii, which analysis by Jonathan Ott and Guzmán indicated the presence of psilocybin. In 1958, analysis by Swiss chemist Albert Hofmann reported 0.02% psilocybin, but this was performed on two-year-old mushrooms. Paul Stamets describes P. aztecorum as "moderately to highly active".

Psilocybe aztecorum magic mushrooms typically grow in groups of 5-20 on substrates of decaying wood matter and debris in low density forests containing Hartweg's pine from August to October. Heim's description was based off of a sample collected by Wasson in Paso de Cortés, on the slopes of Popocatépetl mountain in Mexico. It is only known to this location and other high mountains of central Mexico such as Sierra Nevada, Nevado de Toluca, and La Malinche in the States of Mexico, Puebla, and Tlaxcala

When young, the cap is convex to bell-shaped sometimes with a broad central bump (umbo), and flattens upon maturity as well as developing a central depression that sometimes hollows into the stem. Colour ranges from yellowish brown to golden yellow when young and becomes brownish gray and eventually white with age. Does not bruise green easily except for around the edges.

Gills are broadly attached to the stem, or reach the stem but do not attach to it and are light violet to dark violet-brown, sometimes with white edges.

The stem is hollow and white to grey to reddish brown in colour. Cylindrical, though sometimes flat, and either straight or winding.