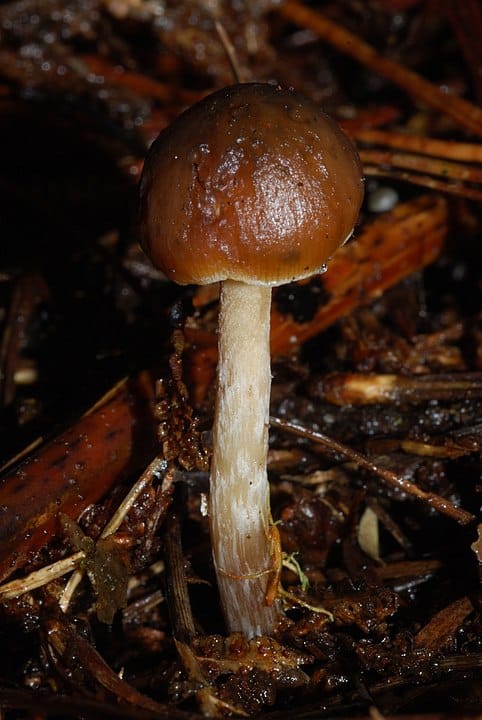 Psilocybe aucklandiae magic mushrooms were described by Mexican mycologist Gastón Guzmán, Chris King and Victor Bandala in 1991. It is very similar to the species Psilocybe zapotecorum from Mexico and South America.

Psilocybe aucklandiae magic mushrooms are named after their limited habitat, which is in the Auckland region of New Zealand. Here, this species can be found growing predominantly in the clay soils of forests and pine plantations. It's notably common in the exotic pine plantation of Riverhead.

The cap is broadly conic when young and can become nearly flat with age, potentially with a central bump (umbo) and slightly upturned edges. Dark brown to yellow-brown in colour.

Gills are broadly attached to the stem, closely spaces, and a greyish yellow-brown colour that becomes dark upon sporulation with pale edges.

The stem is cylindrical and ranges in colour from white, yellow, or purple-brown. Forms a poorly developed veil that disappears with maturity.