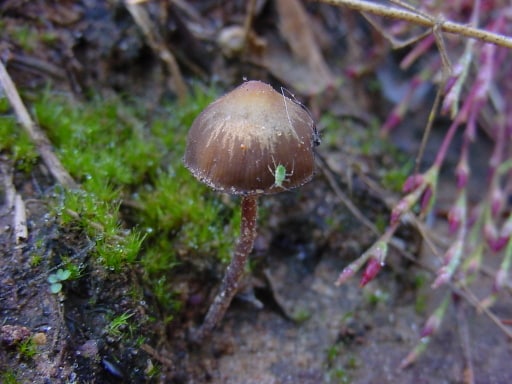 Psilocybe atlantis magic mushrooms are a rare species of magic mushroom that is closely related to Psilocybe mexicana. Reportedly, it has a pleasant taste and smell.

Psilocybe atlantis magic mushrooms have only been found growing in grassy areas in Fulton County, Georgia. The original sample was found growing in a patch of moss beside a 5 year old house which bordered a wooded area within 50m of the Chattahoochee river.

The cap is conic to convex with a slight central bump, and brown to reddish brown in colour.

Gills are semi attached to the stem, thin, and brown.

Stems are cylindrical and brown, with small brown scales more densely located towards the base. Stem bruises blue when damaged.