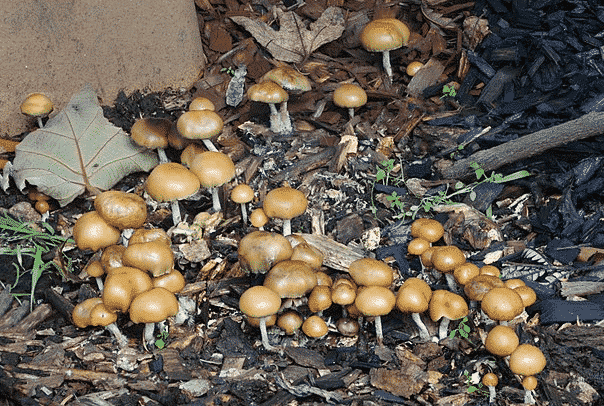 Psilocybe allenii magic mushrooms were named after American mycologist John W. Allen who collected the mushroom from Capitol Hill in 1982, several times later in San Francisco, and from the University of Washington campus in November 2009. Before being officially described in 2012, mycologist Paul Stamets suggested in 2005 that this species is “probably new”. Jan Borovička, Alan Rockefeller, and Peter G. Werner. Borovička received a sample from Seattle and noted the microscopic similarity to Psilocybe cyanescens, but noted the lack of a wavy cap. DNA sequencing was sufficient for classification of this mushroom as a new species, and additional molecular analyses show that it is closely related to P. azurescens, P. cyanescens, P. weraroa, P. cubensis, and P. serbica.

Psilocybe allenii magic mushrooms can be found on the west coast of North America from British Columbia to Los Angeles, usually 16km from the coast though it has also been collected 160km inland from September to January. It grows scattered, in groups, or more rarely in clusters on wood debris and favours the mulches of oak, eucalyptus, Douglas fir, and alder.

Psilocybe cyanofriscosa (in the online mycology community, not a valid scientific name)

Cap ranges from broadly convex to flat and are brown to yellowish-brown in colour.

Gills are narrowly attached to the stem when young and and become unattached with maturity, forming a gap between the gills and the stem. Start off as a pale cinnamon-brown and become a dark grey-brown with sporulation.

Stem is cylindrical with potential swelling at the base. White in colour and forms a fibery and hair-like veil.