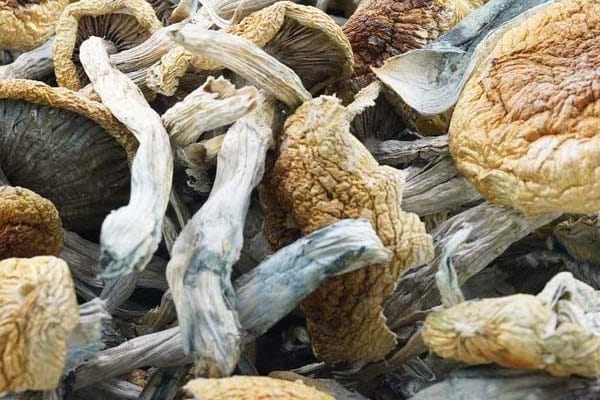 Hanoi Magic Mushrooms were first collected in Cuba in 1904 as Stropharia cubensis (Earle 1906) and by Patouillard in 1907 who collected Naematoloma Caerulescens on a small rural farm in Tonkin (Hanoi), North Vietnam growing in a pile of dung and straw as its mushroom substrate. It is known as a subspecies of the Vietnam Magic Mushroom. Please be aware that in Vietnam, drug possession can be punishable by death.

Fruiting bodies of Hanoi Magic mushrooms are medium, yellow to golden brown in colour, and the stem (stipe) is pale, slender and curved.  This is a great beginner-friendly species, known for its ease of cultivation, prolific sporulation on various substrates, and moderate potency resulting in synesthesia and euphoria.

Dung and straw as its mushroom substrate

50+ mm in diameter, convex to broadly convex to plane at maturity. Reddish cinnamon brown maturing to golden brown to light yellow because the surface is dry with pronounced and persistent remnants of universal veil on cap (spots) and the flesh is white soon bruising bluish green.