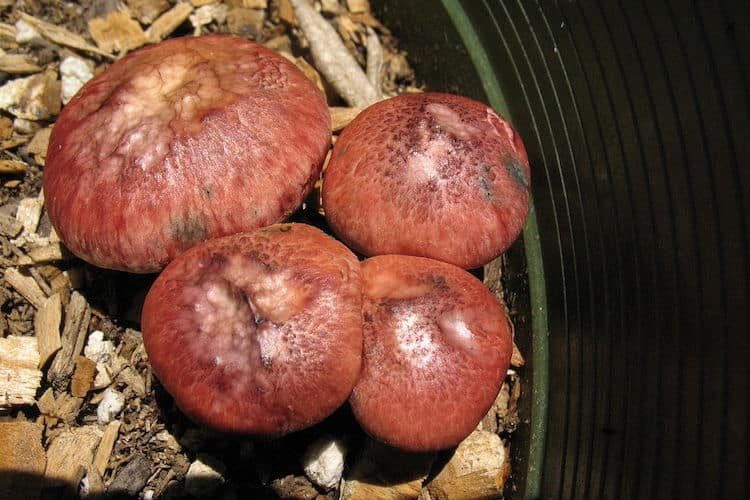 Caps range from purple to red to yellow and have clustered scales that colour in a similar way as the mushroom matures.

Gills are fused to the stem and start off yellow, becoming rusty brown upon sporulation.

Similar colour to cap and anywhere from 3x3mm to 9x9mm thick. Usually has green staining towards the base.