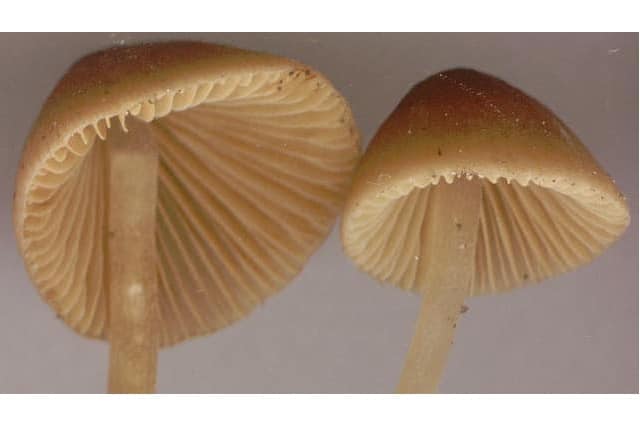 Conocybe velutipes magic mushrooms (aka Conocybe kuehneriana) contains the psychedelic alkaloids psilocybin and psilocin. This mushrooms are not distinct as they look very similar to other LBMs (little brown mushrooms).

Check Out These Interesting Mushrooms

Conocybe velutipes are found growing in leaf litter in woods or urban settings, either alone or in masses, during the late spring to fall. Though North American distribution is unknown, records report specimens in Massachusetts and California.

Caps are conic, broadening slightly with maturation, and dull brown. The dull brown colour fades into a yellowish-tan with a darker center as they age.

Gills are attached to the stem and close together. They originally are the same colour as the cap but become a cinnamon colour with maturation.

Spores are fairly large and cinnamon brown in colour

Stems are very thin and fragile, brownish in colour, and approximately 4-6cm long