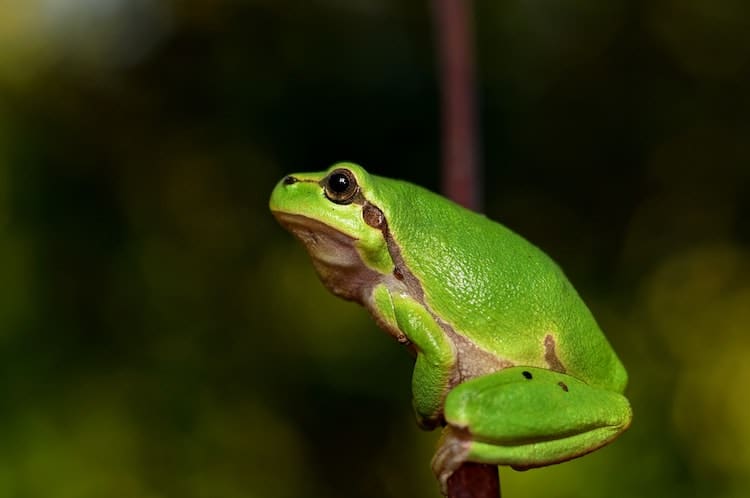 The History of Psychedelic Treatments for Mental Health Disorders

While LSD’s hallucinogenic effects weren’t known until 1943, when Hofmann accidentally ingested a small portion of the substance and perceived “extraordinary shapes with an intense, kaleidoscopic play of colors.”, the consumption of hallucinogenic plants goes back to thousands of years. Mexican cultures like the Aztec, Maya, and Inca consumed psychoactive plants during spiritual rituals which contain hallucinogenic particles that provoke an altered state of consciousness.  While these substances were considered entheogens (derived from ancient Greek words ἔνθεος entheos, meaning “full of the god, inspired, possessed” and γενέσθαι genesthai, meaning “to come into being”) by these cultures in order to communicate with divine powers.
While a lot of the evidence comes from residues of substances recovered from ancient Maya ceramic art, it is also known that, Bufo Marinus, a toad,  was considered a sacred figure throughout the history of Mesoamerican culture.  This toad produces a psychedelic substance that cause the death of an individual if consumed in large quantities (Warning: Do not engage in toad licking!).

When these practices are viewed through a more modern socio-medical perspective, many of these societies used these rituals to possibly manage mental health in their communities with controlled dosings of psychedelics under controlled conditions at regular intervals throughout the year.

The discovery by Hofmann marked the beginning of the study of psychedelic medicines on mental health, and this has led to many other groundbreaking discoveries of beneficial hallucinogens, including Psilocybin, ibogaine, ketamine, peyote, and MDMA. The following timeline shows how psychedelic treatment for mental health has evolved since the 1950’s.

In the United States, the use of psychedelics by psychiatrists and psychologists dates back to the 1950’s. A Harvard researcher named Timothy Leary headlined a group of researchers who were at the forefront of psychedelic research in the US. They aimed to demonstrate the potential mental health benefits of this group of chemicals to the public and bring them in to the mainstream.

Just as Dr. Leary’s efforts were beginning to have an impact, the US Government launched its ‘war on drugs’.  Leary’s work was met with stiff societal and governmental opposition. The use of psychedelics was criminalized as the government classified them as Schedule 1 Drugs.  So despite early promising clinical research, industry development ground to a halt, and Dr. Leary was arrested for being in possession of LSD. Despite the ban, a group of researchers continued to pursue their interest in psychedelics, believing that with more research, the emerging therapeutic applications could still be brought into the realm of commercial pharmaceuticals.

The Current Renewed Interest in Psychedelics

More recently, research into psychedelics has made a bold comeback. Reputable research organizations and universities are investing heavily, with the John Hopkins Center for Psychedelics and Consciousness Research, Imperial College Center for Psychedelic Research, Hakomi Institute, and the Multidisciplinary Association for Psychedelic Studies (MAPS) leading this effort. As a result, some US states have been convinced to decriminalize psychedelics, just as some of the drugs have also received FDA approval. The general public is also beginning to embrace the use of psychedelic drugs for mental health. In fact, some are incorporating it into their everyday lives – microdosing culture is becoming fashionable.

Psychedelics for Mental Health: What Does the Research Say?

Obviously, today we don’t simply rely on the history of psychedelic treatments for mental health disorders to determine what we should and should not do. The impact of psychedelics varies by compound (LSD, MDMA, psilocybin, etc) and the particular mental health issue under study. Highlights from recent research into a variety of mental health ailments are as follows:

Psychedelic Treatments for Depression and Anxiety

In a 2019 systematic review of seven studies with a total of 130 participants, researchers investigated the effects of LSD, psilocybin, and ayahuasca on depression and anxiety. According to the researchers, these three substances produced immediate and significant anxiolytic and antidepressant effects that were sustained for several months. They also found the drugs to be well-tolerated by the patients.
Another 2019 study published by Cambridge University Press demonstrated the rapid and consistent antidepressant effects of ayahuasca. The double-blind study had 29 participants who received a single dose of either ayahuasca or a placebo. Researchers monitored the response rate in the two groups and found that those who received ayahuasca responded better than the placebo group.

Suicide ideation is a growing focus for mental health professionals, in the United States and around the world. Most psychedelic substances have been shown to be a very promising treatment for suicidality, with Ketamine in particular showing great promise, according to a 2019 study. The systematic review included 24 different studies and their clinical trials and case reports. In one of the studies, patients demonstrated a significant reduction in suicidal ideation within four hours of taking a ketamine infusion. In another study, suicidality scores in patients dropped significantly within 7 days after the trial. They went further, investigating the most ideal administration method of ketamine for suicidality, finding that intravenous administration is more effective than intranasal, oral, or other methods.

Psychedelic Treatments for Substance Use Disorder

According to a 2015 study, psychedelics can also help treat substance use disorder. Researchers pooled evidence from five years of studies by the National Survey on Drug Use and Health, and evaluated the relationships between the use of psychedelics and psychological distress across more than 190,000 American adults. They found that lifelong use of psychedelics was associated with significantly reduced odds of drug abuse and suicidality. In other words, ironically, those who have taken psychedelics at any point in their lifetime have a lower chance of being a substance abuser. In fact, they also saw that, in the same way, OTHER recreational drugs DID increase the likelihood of substance abuse; so in fact, psychedelics could be viewed as a treatment for the affliction.

In another 2014 study, a team of John Hopkins researchers successfully treated substance abuse disorder with psilocybin mushrooms. The results were so astonishing that it featured in many major journals and mainstream media. The trial included the administration of psilocybin, along with counseling and monitoring in a controlled setting, to 15 chronic smokers who had repeatedly attempted to quit smoking (and failed). Six months into the trial, researchers found that 80% of the patients had successfully quit; the high success rate for such a lengthy period demonstrated that psychedelics can be much more effective than other therapies for treating addiction. Varenicline, one of the most popular mainstream drugs to help smokers quit, only sees roughly 35% of its customers having quit after 6 months.

Recently, researchers have discovered that psychedelics could help treat schizophrenia, a frightening mental disorder characterized by hallucination, delusion, emotional flatness and disorganized speech. The good news is if you or someone you know suffers from this disorder, psychedelic therapy may yet come to the rescue. In a 2018 study, LSD was found to contain properties that can help fight schizophrenia and the delusions it causes, as the drug has the ability to impact the 5-HT2A receptor, which is responsible for cognition and memory.

Some recent psychedelic studies also focused on perception disorder. In a 2018 study, researchers from Yale University and the University of Zurich found that hallucinogens have the ability to trigger an increase in brain connectivity and improve sensory functions. They also traced the effects to psychedelic impacts on serotonin (mood and cognition) receptors; more serotonin generally leads to better mood, memory, and cognition.

Psychedelic Treatments for Other Mood and Anxiety Disorders

Various psychedelic substances have also demonstrated effectiveness in treating post-traumatic stress disorder (PTSD), obsessive-compulsive disorder (OCD), attention deficit hyperactive disorder (ADHD), and more. For example, psilocybin mushrooms can positively impact the default network mode – a brain function crucial to our everyday self-consciousness. A 2016 open-label feasibility trial saw 12 patients with moderate to severe, unipolar, treatment-resistant depression receive 2 doses of psilocybin, 7 days apart; they saw rapid, positive effects after each treatment.
A 2014 clinical trial of MDMA in Israel is another good example. Dozens of people who participated in the study saw improvement in their PTSD symptoms following the treatment. By 2019, the result had motivated Israel’s Ministry of Health to approve the compassionate use of psychedelic treatments for serious cases of mental health disorders.

While psychedelics’ effects are usually somewhat short-lived, evidence of a sustained benefit was discovered in some follow-up research from a classic 1963 study, tagged ‘The Good Friday Experiment’ by Walter Phanke of Harvard University. Phanke’s trial had 20 students who received a dose of either psilocybin or an active placebo of nicotinic acid. Now, to understand the long-term benefits of the drugs, researchers conducted follow-up studies on some of those participants 24 to 27 years after they originally took them.  They revealed that participants reported enhanced joy, deepened appreciation of nature and life, and appreciation for unusual emotions and experiences. The participants themselves believed the decades-old experience was still having a positive influence on their behaviors, relationships and overall wellbeing.

Psychedelics and Your Brain Functions

Modern brain imaging technology is now helping to reveal precisely how psychedelic drugs increase the neural activity in the brain. Their major effect is traced directly to serotonin transmitters that release and absorb 5-hydroxytryptamine, otherwise known as a “feel-good” chemical that helps to regulate your mood, motor skills, emotion, and overall feeling of wellbeing. In a 2016 study, LSD was found to increase blood flow to the brain and also improve communication within brain networks. This impact usually results in lower depression scores, an increase in self-awareness and ‘transcendence’, and improved quality of life, as also demonstrated in a 2020 ayahuasca study. After receiving the drug, over 80% of the participants showed sustainable clinical improvement that remained noticeable after 6 months. Similar results have also been achieved in other psychedelic studies, such as psilocybin, peyote, DMT, ibogaine, and ketamine.

The Future of Psychedelics for Mental Health Treatments

These and other numerous achievements are fast-changing the narrative on psychedelics. Just within the last decade, hallucinogens went from being perceived as recreational substances for hippies, ravers, and festival-goers, to become the focus of hundreds of millions of dollars in investments in additional studies and businesses. Top investors such as Mindmed, Compass Pathways, and The Yield Growth Corp are working to build and legitimize a medical industry around these chemicals. In addition, top learning institutions like John Hopkins University and Imperial College in London now have multi-billion dollar research centers dedicated to psychedelic studies. The future does indeed appear bright for psychedelic mental health treatments.