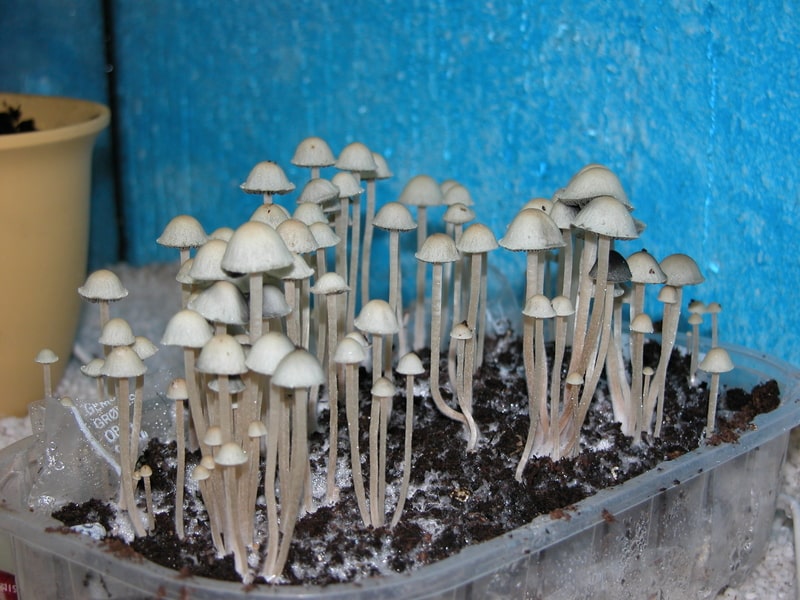 As mentioned above, blue meanies magic mushrooms are named after the substantial blue staining that occurs to the fruiting body after it has been picked, handled, or damaged. Even it’s species name, cyanscens, comes from this reaction. This blue staining is generally an indicator of the presence of psilocybin and psilocin (psychoactive compounds in magic mushrooms that make you trip), since the blue hue is caused by the oxidation of the compound psilocin at the site of impact. With blue meanies being named for the excessive bluing reaction, you’d be right to assume that they are are very potent. In fact, analysis from 25 samples of Panaeolus cyanscens shows psilocybin and psilocin concentrations of 2.5% and 1.194% respectively, making this species the most potent psilocybin mushroom ever described in reputable published research.

The Effects Of Blue Meanies Mushrooms

As with most psychedelic mushrooms, blue meanies produce a range of physical, perceptual, emotional, psychological, and spiritual effects which vary depending on dosage, including:

If you wish to explore blue meanies, especially at higher doses, it’s recommended that you contact a psychedelic integration therapist beforehand. You can find one from our listing here.

The cap of blue meanies starts off light brown and fades to an off white with yellowish tones upon maturity, and also becomes convex. The caps are known to develop cracks in dry weather. The stems of blue meanies mushrooms are a similar colour to the cap, long and slender, becoming thicker towards the base.

Underneath the cap is molted grey gills with white edges that are broadly attached to the stem. Upon sporulation, the gills darken and may become black with full maturity.

Learn more about Blue Meanies by checking out the products below: