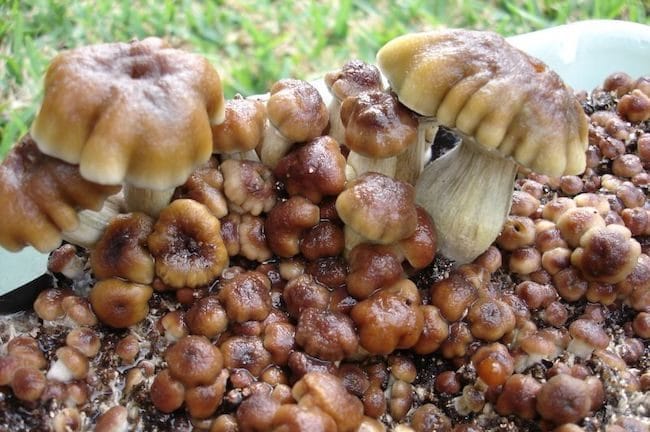 This species is considered easy to cultivate due to its resistance to contamination and temperature variables, heavy sporulation, and rapid colonization and fruiting cycles. Stems (stipes) are thick and caps (pilei) are medium sized, ranging from light beige to dark brown in colour.

Potency is regarded as average, with effects such as pronounced bodily vibrations, euphoria, and introspection.

Discovered in the southern United States.

Caps are medium sized, ranging from light beige to dark brown in colour.