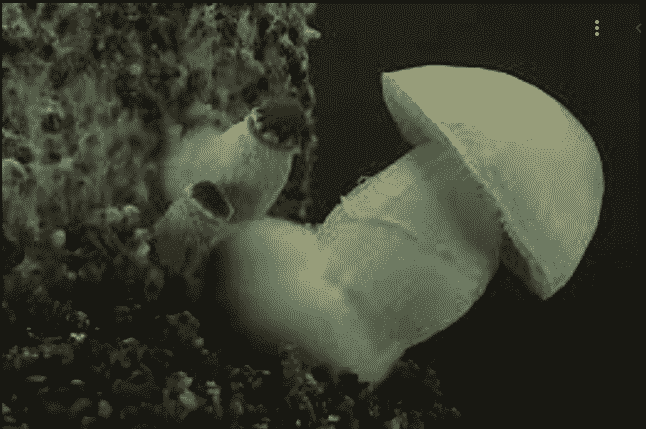 Pf Albino magic mushrooms is a psilocybe cubensis subspecies that is a mutation of the Pf Classic species, but has slower colonization times, smaller yields, and minimal sporulation compared to its parent species, which may contribute to its rarity and difficulty with cultivating.

Pf Albino is considerably potent, with effects of visual hallucinations, synestheisa, and bodily vibrations.  You can read more about Pf Albino magic mushrooms on Shroomery and Mycotopia.

Fruiting bodies are usually large, with pure white caps (pilei) that may become blue towards the center and relatively thick white stems (stipes).

If you want to learn more about mushroom anatomy, check out Frshminds Psilocybin Mushroom Anatomy 101 article.

Colorless, subellipsoid on 4-spored basidia. This species. is an extremely poor spore depositor.