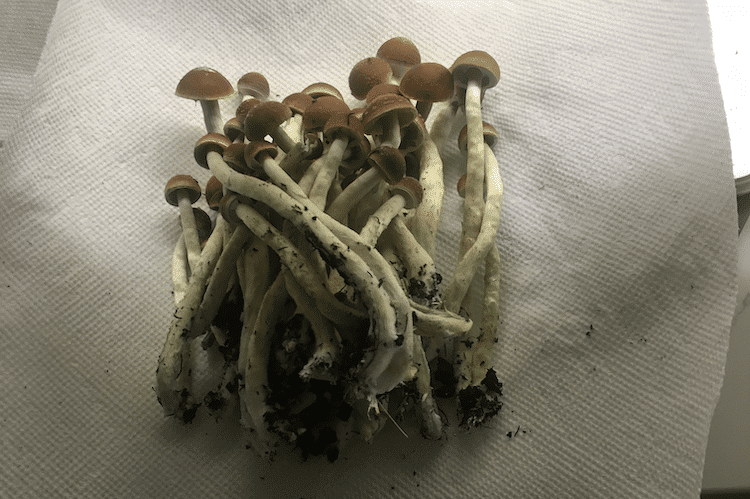 Cuban Magic Mushrooms are the OG of magic mushrooms. This species marked the discovery of Psilocybe cubensis as a species, being first described in 1906 as Stropharia cubensis by American mycologist Franklin Sumner Earle in Cuba. German-born mycologist Rolf Singer moved the species into the genus Psilocybe in 1949, giving it the binomial name Psilocybe cubensis. Cubensis means “coming from Cuba”, referring to the work published by Earle.

This species is a prolific producer of purple/black spores and has produce small fruiting bodies. It has caramel coloured to brown caps and slender, pale stems. Despite the smaller size, this strain is still fairly potent, with effects of focus and deep insight reported.