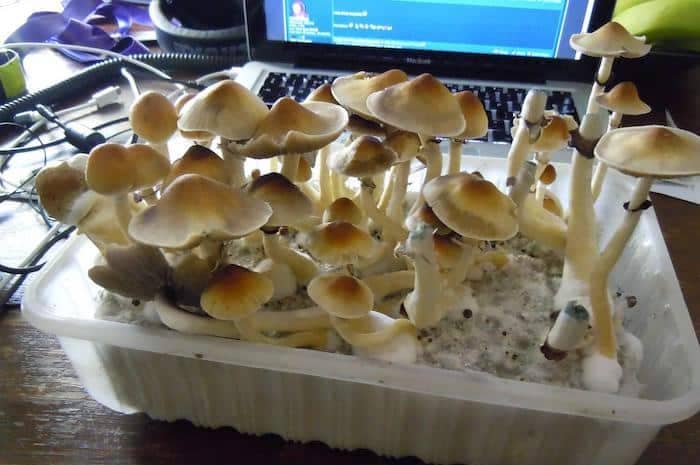 Ban Hua Thanon magic mushrooms are a species discovered by John Allen on Ban Hua Thanon Island which lies off the coast of Vietnam, it is considered easy to cultivate due to its resistance to higher temperatures. Effects are also similar to the Ban Thurian strain, fast acting, but mild effects with vivid visuals and deep inner awareness, and a lighter body load than other cubensis strains.  Mycotopia offers a deep dive into the origin story of the strain.

Typically producing small but dense patches of fruiting bodies, caps are rounded and yellowish in colour and stems are slender yet mostly cylindrical. Like the Ban Thurian strain, it is a heavy spore depositor, however it’s mycelium colonizes at a more moderate speed. It grows scattered to gregarious in rice paddies, fruiting from early July to late August

First picked in soil containing mixtures of sand and clay west of the village of Ban Hua Thanon, in Koh Samui. Ban Hua Thanon Magic Mushrooms are also now known to grow in both Ranong Province in Thailand and Angkor Wat in Siem Riap, Kampuchea.

Caps are rounded and yellowish in colour.

Stems are slender yet mostly cylindrical.