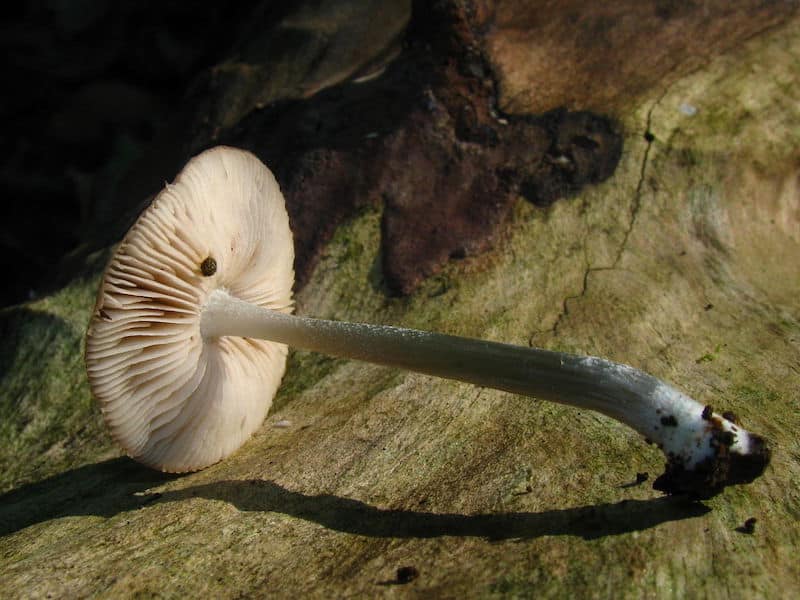 Pluteus cyanopus magic mushrooms were first described in 1883 by French mycologist Lucien Quélet. This species is noted to be weakly to moderately active, with Stijve and Kuyper reporting 0.05-0.25 psilocybin, no psilocin, and from zero to 0.008 baeocystin. Analyses done by Christiansen et al. (1984) found 0.35 psilocybin and 0.011 psilocin.

Pluteus cyanopus magic mushrooms can be found growing solitary or in small groups of 2-3 on hardwood mostly in the Pacific Northwest from August to November. Has also been reported in Africa and Europe.

Cap is convex when young becoming broadly convex to plane with age. Grey to blueish grey in colour becoming darker towards the edge. Fine scales are present towards the center.

Gills are not attached to the stem, widely spaced, and pale cream in colour becoming pink upon sporulation.

Stem is cylindrical and firm, and may be slightly swollen at the base. White in colour with the presence of blue-grey staining especially towards the base.