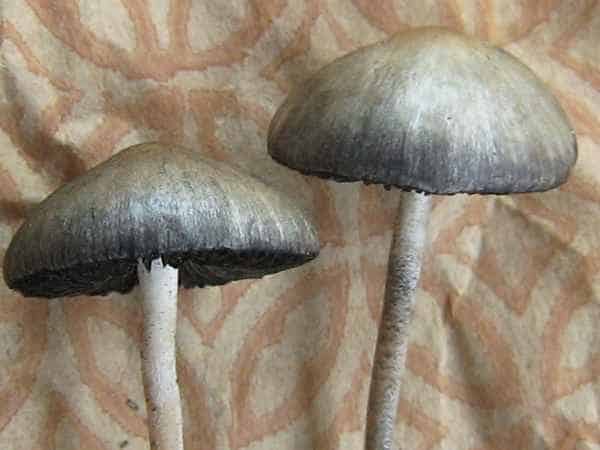 Panaeolus olivaceus magic mushrooms (aka Panaeolus castaneifolius) are rarely identified. Having said that, Panaeolus olivaceus are widespread and reported in the states of Washington, Oregon, Florida, Georgia, Minnesota, as well as Quebec, New Zealand and the UK. Can be found growing scattered to gregariously in rich grassy areas from late summer to December.

The cap is subhemispheric with an incurved edge when young, becoming broadly conic with age. Dark grey to dark cinnamon in colour remaining reddish brown towards the center.

Narrowly to broadly attached to the stem. Stems are olive-greenish with a whiter edge when young and become mottled purplish-black upon sporulation.

Black. This species is often mistaken for other species such as Panaeolus cinctulus or Panaeolus fimicola, but can be distinguished due to it's roughened spores.

Stems are brittle, hollow, grayish and cylindrical becoming slightly tapered and tan or purple at the base.