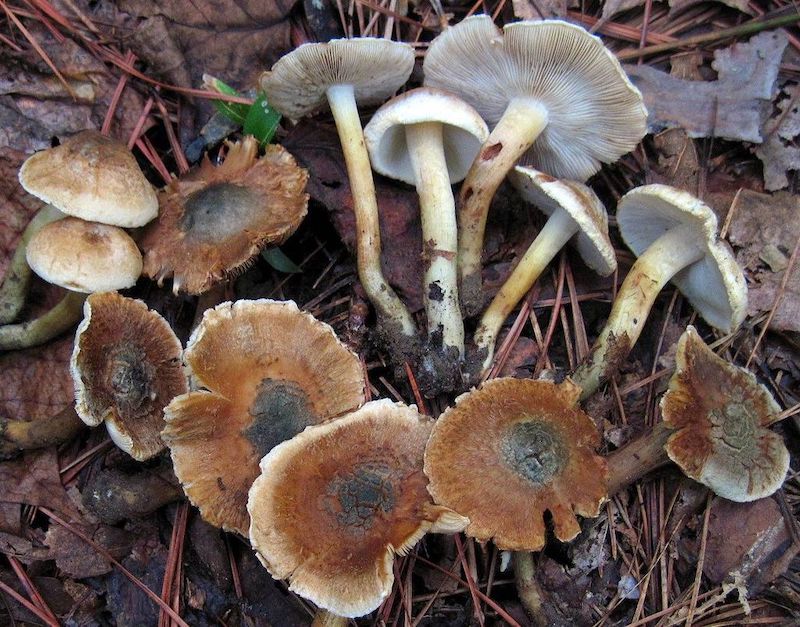 Inocybe corydalina Magic Mushrooms (Greenflush fibrecaps) were reported to contain the mycotoxin muscarine by Gurevich and Nezoiminogo though other researchers have been unable to confirm. This species is weakly active, showing to contain only 0.032% psilocybin through chemical analysis by Stijve and Kuyper, and ingestion is not advised.

Inocybe corydalina Magic Mushrooms are widely distributed in temperate forests across Europe and the British Isles. It usually fruits during the fall usually under deciduous trees, but can be found under coniferous trees as well.

Brown, conic to convex cap that becomes planar with age. Edges are incurved and the center is usually a darker green or even black, sometimes possessing an umbo, with appressed scales.

Gills are attached to the stem and numerous, pale brown to gray.

Stem is slender, cylindrical and can grow up to 10 cm. Pale brown and forms a partial veil.