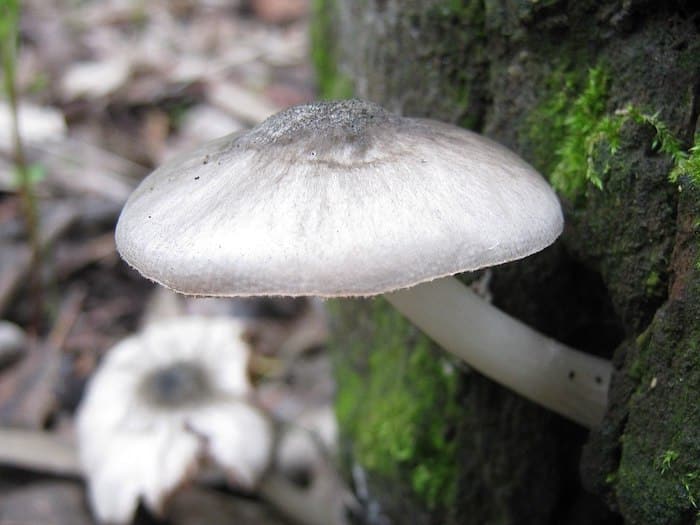 Pluteus salicinus magic mushrooms were originally described as Agaricus salicinus by Christian Hendrik Persoon in 1798 and moved to the current genus by Paul Kummer in 1871. Analyses on a dried sample shows concentrations of 0.21-0.35% psilocybin and 0.011-0.05% psilocin. The taste and odor are considered unpleasent.

Pluteus salicinus magic mushrooms can be found widespread throughout western Europe and Siberia from summer to fall, growing solitary or gregariously on dead hardwood in damp forests or flood-plains

Cap is convex when young becoming broadly convex to planar with maturity. Silver to brownish grey in colour, usually darker towards the edge, and possessing fine scales towards the center.

Gills are not attached to the stem, crowded, and broad. Start off as white and become pinkish with sporulation, often with discoloured edges.

Stem is cylindrical, firm, and thin, with potential swelling at the base. Coloured white with blueish-grey undertones from bruising, especially towards the base.