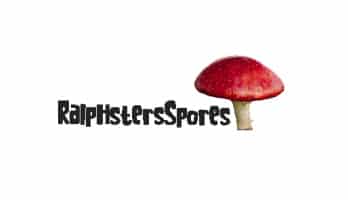 Only the best rhizomorphic growth cultures are secured and cultivated to obtain the best possible strains. The term rhizomorphic relates to the colonization process of mushroom mycelium as it consolidates its hold on a substrate by extending new strands of mycelium into nutritious material. Rhizomorphic growth originates from a healthy mycelium, which further while in comparison  tomentose growth is more wispy in nature

Spore Print vs Spore Syringe: What is the difference?

As RalphstersSpores sells both prints and syringes, its important to know the difference when ordering:

What is a spore print?: The product of placing the gills of a mushroom onto a flat clean surface such as tin foil or paper and collecting the residue.  Things to know about spore prints include:

What is a spore syringe?: A sterile syringe filled with spores suspended in liquid and are the most common method for transporting spores.  It is important to know the following about spore syringes:

We have the largest selection of Cubensis mushroom spores anywhere and are proud to offer these excellent species to you.

Check out these articles on Frshminds.