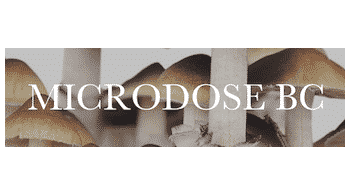 When To Expect When Microdosing Magic Mushrooms

People usually report taking around a twentieth to a tenth of a ‘full’ or recreational dose of mushrooms or truffles, which contain the psychedelic compound psilocybinPsilocybin is a hallucinogen that works by activating serotonin receptors, most often in the prefrontal cortex. This part of the brain affects mood, cognition, and perception.

Hallucinogens work in other regions of the brain that regulate arousal and panic responses. Psilocybin does not always cause active visual or auditory hallucinations. Instead, it distorts how some people that use the drug perceive objects and people already in their environment.

Taken in such small amounts, these drugs don’t make you trip out like what you might normally associate with psychedelics. People claim they have more subtle, even sub-perceptual, benefits.
Benefits such as “improvements in energy, mood, cognition, concentration, management of stress, creativity, spiritual awareness, productivity, language capabilities, relationships, and visual capabilities are all possible

Benefits of microdosing psilocybin can include increased consciousness, creativity, decreased social anxiety and an increased feeling of presence. Microdosing can be used as a form of therapy, and/or to promote an overall feeling of wellbeing and connectednessAfter the gut digests and absorbs . psilocybin, the body converts it to psilocyn. The hallucinogenic effects of psilocybin usually occur within 30 minutes of ingestion and last between 4 and 6 hours.

Magic Mushrooms have been used for centuries throughout ancient Mayan and Aztec cultures. Psilocybin mushrooms (aka “magic mushrooms” or “shrooms”) are fungi that contain psilocybin, a naturally occurring psychedelic compound. More than 180 species of mushrooms contain psilocybin or its derivative psilocin. Psilocybin mushrooms have a long history of use in Mesoamerican spiritual and religious rituals, and are one of the most popular recreational psychedelics in the Canada, U.S, and Europe.

Psilocybin mushrooms have been used in therapeutic settings to treat a variety of ailments and disorders including cluster headaches, obsessive-compulsive disorders, anxiety, depression, and addiction.

Learn About Microdosing on Frshminds