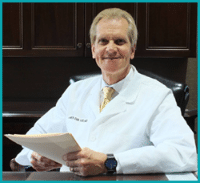 Ketamine Clinic of Michigan, a ketamine clinic specializing in ketamine infusion therapy for the treatment of major depression, bipolar depression and PTSD.

There are 17 million people in the US suffering from severe depression and more than 6 million fail to respond to FDA approved oral antidepressants. They don’t know that ketamine infusion therapy works on up to 80% (four out of five) of patients, often providing relief and eliminating suicidal thoughts within hours of treatment. Ketamine infusion often works where other drug therapies have failed. That’s because Ketamine medicine works on very different mechanisms than traditional oral medications. When ketamine infusion works, it works quickly, usually within hours or a couple of days. Ketamine therapy has proven to be highly effective in the treatment of severe depression. When administered correctly with the proper monitoring ketamine infusion can provide dramatic relief of depression.
James Culver, MD, has been in practice since 1983 and started the first pain clinic in Flint in 1991. Ketamine Clinic of Michigan is an upscale, modern, easy access facility with fully monitored ketamine IV infusion therapy. IV ketamine infusion therapy is the most precise delivery of ketamine therapy over a precise period of time, which makes it far superior to any other routes of administration. Dr. Culver recommends about six ketamine infusions every other day for two weeks.

Though ketamine has been approved since 1971, it is not FDA approved to treat depression. As a result, insurance does not cover IV ketamine therapy for depression. We offer a $200 consultation fee to determine whether you are a good candidate for IV ketamine therapy. This fee will be applied to your first treatment if we decide to move forward with therapy. The cost of each infusion is $700 and there are six infusions initially.

A Physician Devoted to Relieving Your Suffering

People suffering from the worst cases of major depression, or major depressive disorder (MDD) bipolar depression and post-traumatic-stress disorder (PTSD) too often face a painful life sentence when they don’t respond to standard treatments. For those who are desperate for help, ketamine therapy offers a new source of hope. And that’s incredibly exciting for Dr. James Culver, who has devoted his medical career to eliminating pain and suffering. He is double board certified in anesthesiology and pain management. He has been in practice since 1983 and established the first pain clinic in the Flint, Michigan area in 1991. He established the Ketamine Clinic of Michigan when he recognized the need for patients suffering from treatment resistant depression. He began studying exciting research that began in 2006 and that has shown ketamine infusion therapy can be rapidly effective and has a high rate of success in treating such patients.

Dr. Culver was born and raised in the Flint area. In his spare time, he enjoys weight lifting, skiing, snowmobiling, sports car driving, boating, traveling, hunting, golf and spending time with his wife, Lena. They live in Grand Blanc, MI, and have four adult children and three grandchildren.